Jump to latest Follow Reply
Menu
Install the app
You are using an out of date browser. It may not display this or other websites correctly.
You should upgrade or use an alternative browser.
Surviving Mars 1605 Bug Reports 2547 Suggestions & Feedback 911 Modding & Resources 284 Console Edition 129
Previous dev diary Next dev diary
Greetings, Martians!

I am happy to see you again, and it is with great enthusiasm that I present to you this Content Creator Pack that I created. For those who don’t know me, I’m Silva, and I started modding strategy and RPG games in 1997. After a very long break, when the excellent Surviving Mars (2018) was released, I resumed modding. I had very little knowledge of 3D and programming, but that didn’t discourage me from making a large number of mods that were very well received by the gaming community. Modding has allowed me to improve my 3D modeling and programming at lightning speed.

And today Paradox contacted me to create this Content Creator Pack, giving me the freedom to choose the theme, the features to be added, and any other content. My specialty as a modder is to create new buildings, so I chose this type of content for this Pack. You see, they are not just new building skins but entirely new buildings, with new gameplay features for some of them.

The design of this Pack was done in two phases: in the first one, I wrote the game design and created each asset to make a mod. The second one was handled by Abstraction Games for the integration of my work into the game as true DLC.

I decided to focus on simple but interesting gameplay elements for the players and to limit asset animations to ensure final quality. I chose to make exclusively 8 new buildings to place in the Domes, trying to be faithful to the graphic style of the game.

I was inspired by the requests of the players, but also by my own experience, to add to the mechanics of the game and bring novelty and fun. Big settlements pose a lot of problems when the population becomes very large and the current buildings are not adapted to accommodate so many people. For example, the kindergarten is too small, so I decided to make a bigger one as well as a big school that has the feature of being a Spire, plus an improvement to give the trait of Genius to a small percentage of students.

In the advanced settlements, the number of retiring settlers also becomes a housing problem as they take essential housing for workers. This situation can cause labor problems in some Domes. This is why I have integrated a new type of residence exclusively reserved for retirees. Health can also become a big problem when there is a large population; infirmaries are too small, and medical Spires are not a priority in the choices of players. To solve this problem, I included the design of a Martian Hospital that will be able to cope with the influx of many patients.

The smaller Domes, where the choice of buildings is important because of their reduced space, are often without security or health facilities. This is why I created the Medical Post and the Security Post occupying a single box but with smaller capacities.

Another interesting building is the TV Studio, which is a new workshop where your settlers will produce Reality Shows for the Earthlings. Each broadcast will increase your funds. Finally, I added “Smart Apartments,” a new residential building halfway between the “Apartments” and the “Smart Complex.”

Most of the buildings are unlockable by technologies and have upgrades.

To create all these assets, I used the same tools as for modding, namely: Blender for 3D modeling, Substance Painter for texturing, and the Mod Tools from Surviving Mars to add assets to the game.

After I wrote the game design of the Content Pack, it was validated by Paradox. I didn’t make any sketches or concept art to start the 3D modeling of the buildings. I had a very precise idea in my mind of the general design of my models.

Once the 3D was finished, I created the textures, respecting the graphic style of the game. Then again on Blender, I had to configure the scene for export to the game, i.e. configure the materials, the lights, and the collision boxes, as well as indicate the position of some decorative objects (benches, trees, etc.), the access paths to the building for the settlers and the door animations.

Once everything was set up correctly, I exported my asset so that it could be used by the game. I still have to create the templates and some programming to make the buildings playable for the players.

And lastly, as a bonus, I also added two new logos that I named 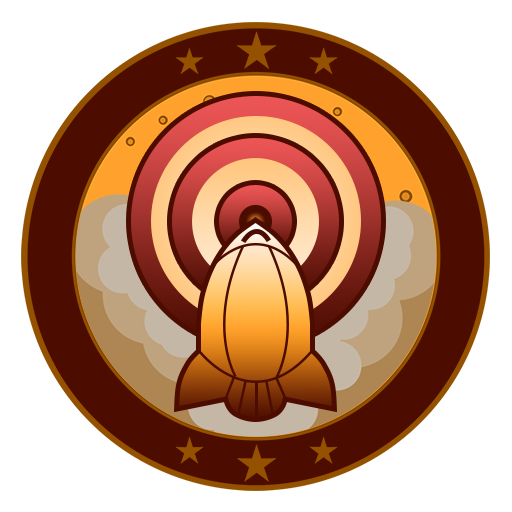 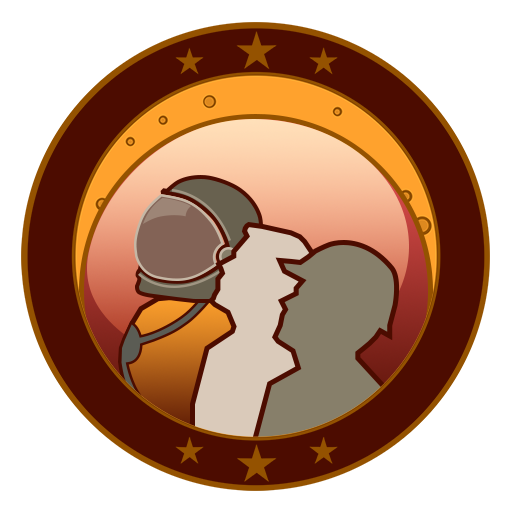 I would like to close by thanking Paradox for the trust they put in me to create this “Content Pack Creator.” It’s a great experience for a modder, and it’s an excellent approach by Paradox to want to promote modding for their games and reward the most active creators.

See you soon in the Surviving games!

Very nice thank you.
As you have now taken care of the Seniors. It would be nice to see some buldings für the post Senior stage.
Outdoor cemetaries, crematoria, processing centers to increase the fertility of farms...
Toggle signature
Spying on Xenos is fun
Reactions:

So, has development on this properly restarted again of have Abstraction just helped a modder implement a paid content pack?
Nothing here makes me think there's a new "team" working on the game per se
The new buildings look great and are a welcome addition to the official suite of features!
Reactions:

Thank you Silva for the effort, and thank you for the content!!! Also, thx to PDX for giving Silva the opportunity to present to the community his awesome creations...

If you are going to continue develpoment of surving mars i would be very happy, Hope this is more then a one of thing.
Reactions:
S

I would like to thank you for your amazing work. Your mods have given me lots of fun and extra play time on this game. The chance you are given here is well deserved!!
Reactions:

I wish to extend, my appreciation for this latest work of yours and of your past endeavors, adding content to the game; You and the other 'Devs'. And to that, I say thank you. [I am now closer to 70, then I was afew year back and in these times, Mars is great escape...]
I truly enjoy playing a 'good' game and this has become one of my 'go-to' games. And your work [plus, commitment to the Community], has so much extended the 'replayability' and enjoyment of this game for me - Thanks!
Do keep up the good work and I hope this is not the last 'we' will hear from you, regarding Mars...
Reactions:
G

Many thanks for great work! Example of really usefull modding with keeping original visual style.

However, after another couple of runs, faced a little balancing problem with School Spire. Being absolutely must have for the big colony, its uprade a little bit overpowered imho. With my playing style, importing no more 36-48 earthlings, at Sol 100 i could have about 250-280 colonists (all martians), and with current School Spire settings i have about 1500 science points from labs and about 4500 points from geniuses (about 30 colonists), with tendency to grow up further. This is broking a whole research mechanic, making science labs and scientists useless - geniuses are free, non-upkeep and 24h. As i can see resolution of this problem, it should be fine if current probability of gaining this perk (about 10%) may be decreased to at least twice, giving a 300-men colony a fair 50% boost to science points.