Jump to latest Follow Reply
Menu
Install the app
You are using an out of date browser. It may not display this or other websites correctly.
You should upgrade or use an alternative browser.
Imperator: Rome 8812 Bug Reports 3630 Suggestions 2373 User Mods 619 Tech Support 491 Multiplayer 55 After Action Report (AAR)
Previous dev diary
Show only dev responses
Hi all,

I’ll be posting the dev diary on behalf of @Braindrift today, who’s taking us through the details of the Great Wonder construction feature which comes in the Heirs of Alexander pack!

Great Wonders
The Heirs of Alexander content pack will include a design-tool which allows you to assemble and construct your own Great Wonders. The tool gives you a 3D view of your construction, and once the building is completed, your creation will be represented on the world map. 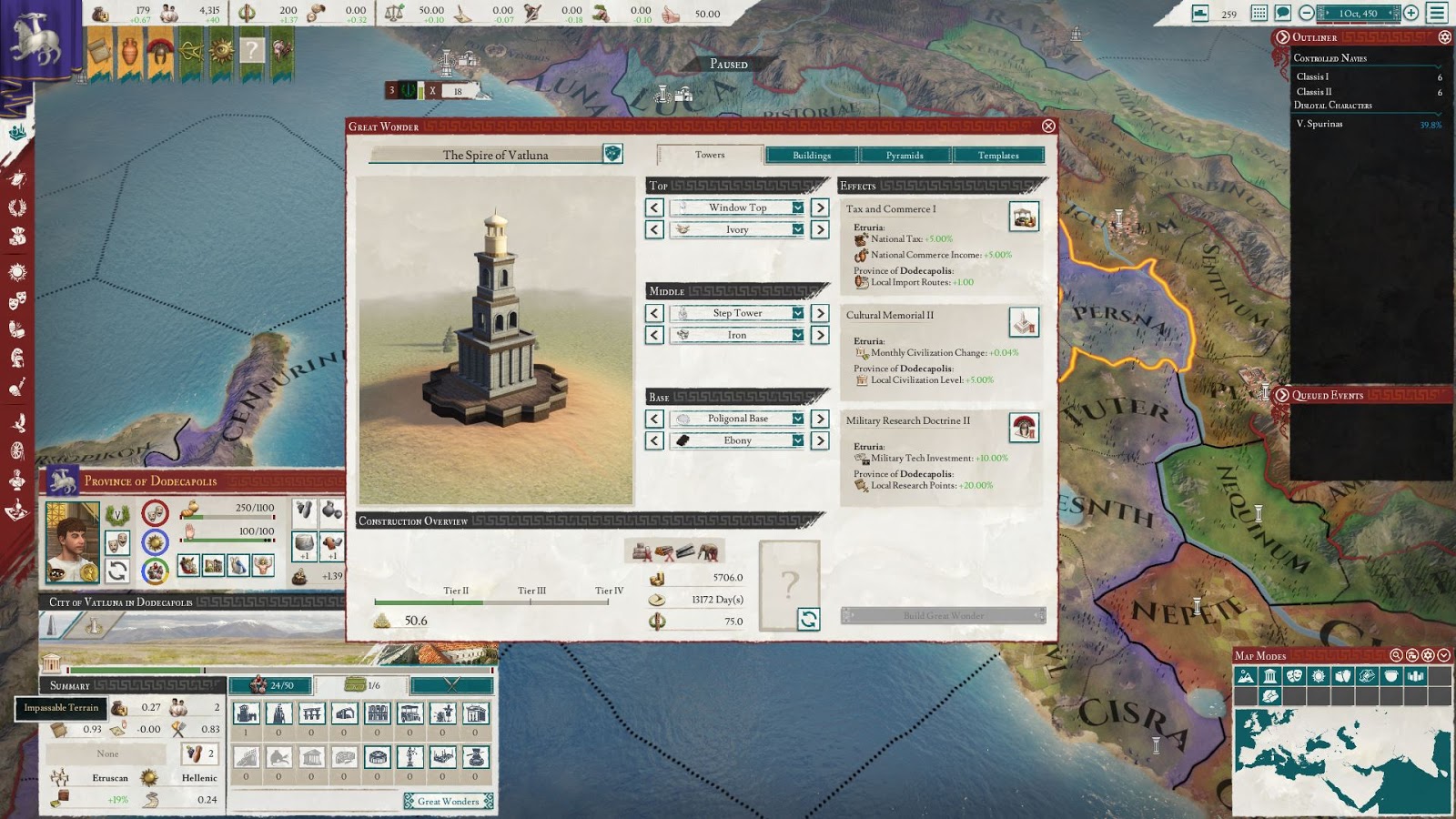 The Great Wonder construction tool window​
You have 3 different categories of constructions to choose from; pyramids, towers and buildings. Each category has their own set of modules, like bottom, middle, top for towers, that can be interchanged and combined within each category to create the shape you’re going for.

The Great Wonder design window is reached from the building tab in the territory view, once there is a Wonder under construction, or completed, a fourth tab will appear that displays relevant information about your creation.

Materials
Each module has a material, the default is stone, which is considered to always be used as the main building component for a construction. Other examples are silver, ivory and marble, in total there’s 9 different materials which each affect the look on the module they’re applied to. To be able to use a material, you need to import its related trade-goods to the province in which you build the Great Wonder. If you for example have set one of the modules to be covered in silver, you need to import Precious Metals to the province. If you ever lose an import route, the progression of the construction will be halted until you’ve set up a new route for the required goods. 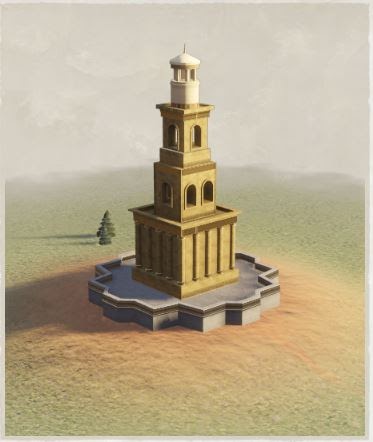 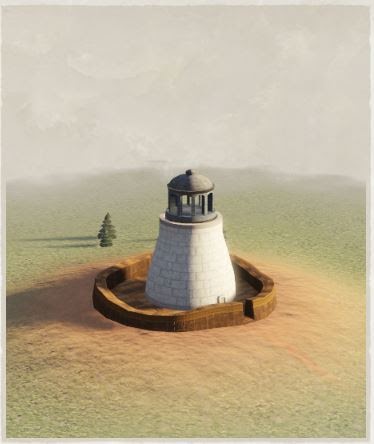 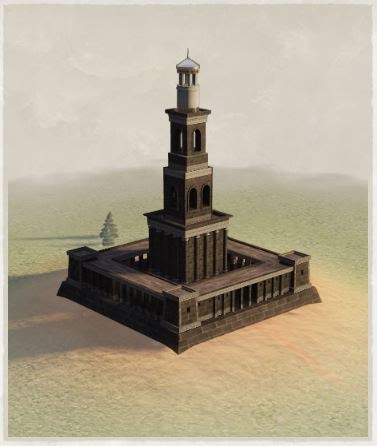 Model and material variations for some towers - Edit: More variations and categories at the bottom of this post​
Effects and Prestige
Your Wonder can have up to three effects, which are basically powerful modifiers, some with unique aspects that can’t be found anywhere else in the game. Some effects can only be used by unlocking the corresponding invention in the technology trees, while others are accessible to all. Each effect has four tiers, and the construction's prestige value is what decides what tier you can choose from. The fourth and final tier can’t be reached during the design phase, instead the Wonder has to age for some centuries, until it has accumulated enough prestige to be upgraded with the top tier effects. This means that the simple stone tower you built in the beginning of your journey can grow and become as powerful as the pompous gold abomination your neighbor saved up money for, but couldn’t complete until late game. Of course, this puts the burden on you to protect your cultural treasure, as prestigious constructions become highly attractive to conquer. 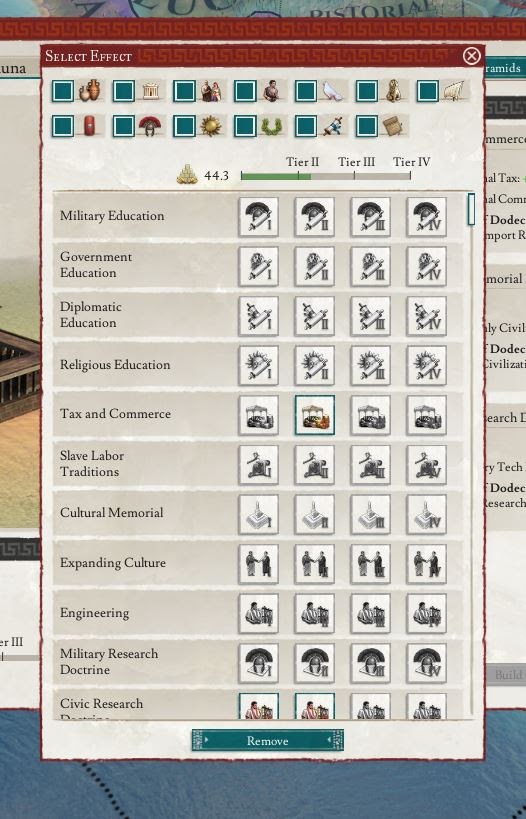 Effect selection window​
Costs, construction time and construction leader
The construction of a Great Wonder will be a massive undertaking to complete, even for large and advanced civilizations. There’s always an upfront cost in money from the treasury, which will be decided by category, materials and what effects you assign. The same factors affect the amount of work that needs to be done, but the final construction time is based on the number of slaves, tribesmen and freemen you have available in the province which the construction is built in.

We’ve also expanded on the character traits to make them relevant when choosing your construction leader, giving them effects such as improved slave efficiency from the Harsh trait, or some added construction prestige value from the Polymath trait. 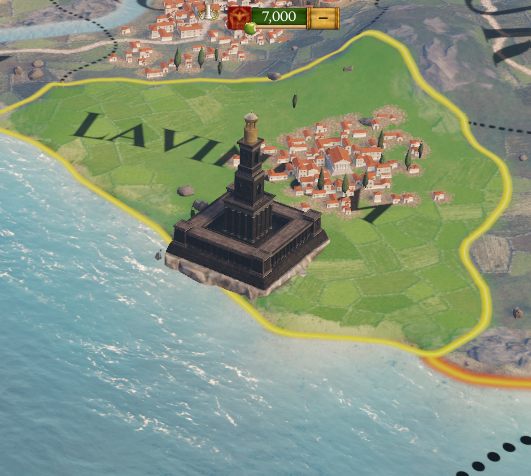 The envy of your neighbors​
Ancient Great Wonders
As a part of the Marius update, we’ve also brushed up the good ol’ Ancient Wonders such as Stonehenge, Colossus of Rhodes and Lighthouse of Alexandria. Each of them now have one of the tier 4 effects that you can use for your own constructions, making them both valuable assets to keep within your domain, and attractive targets for conquest. There’s also a number of events connected to the wonders, giving them some story and an additional management aspect.

Edit: On popular demand, some more samples on what you can build. 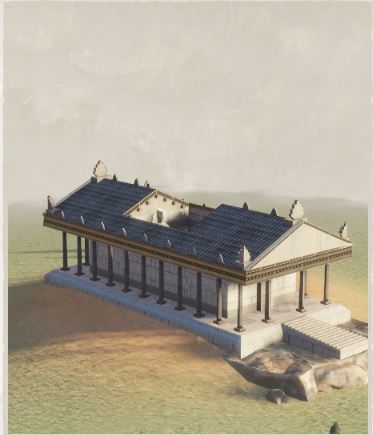 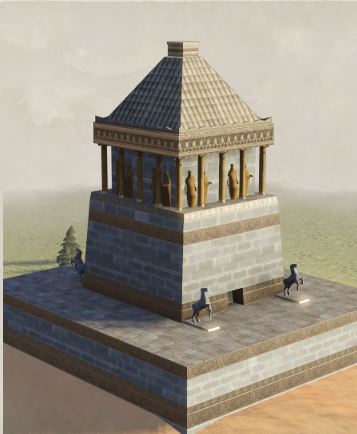 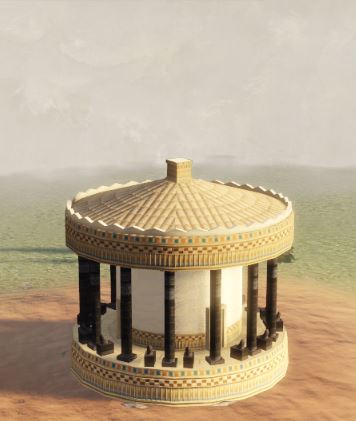 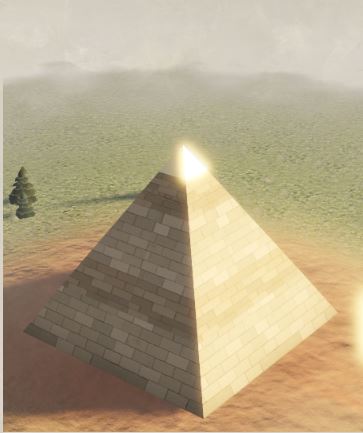 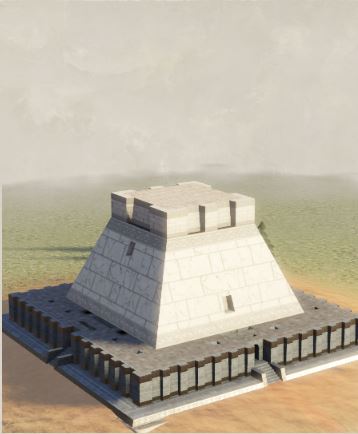 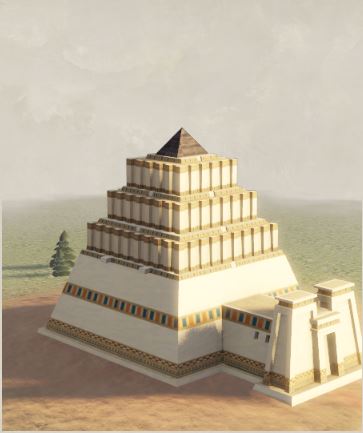 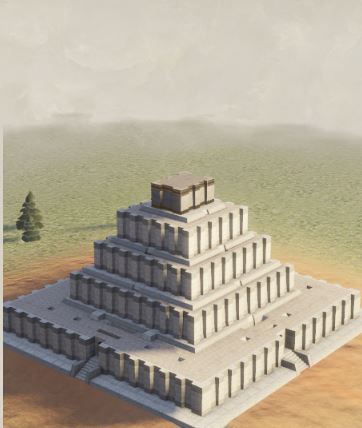 Super stoked for the 2.0 update and the content pack! Great work from both teams I think my first playthrough will have to be a country with a mix of cultures like the Bosphoran Kingdom or Bactria to try out various combinations of military traditions!
Reactions:

How to get the achievement "the great destroyer" if the AI doesn't build Great Wonders?

Moydodyr said:
How to get the achievement "the great destroyer" if the AI doesn't build Great Wonders?
Click to expand...

afaik the achievement is bugged.

Maybe we'll get new dev diaries? Or its for a *mod*?

olivenkranz said:
Maybe we'll get new dev diaries? Or its for a *mod*?
Click to expand...

It could be an automation thing - this DD was the last regular on before the patchnotes and I noticed that in the CK3 and HoI4 forums the latest the DD got the same treatment (stickied on top and with the emphasizing name tag "DD"), so maybe the forum software has done this globally. Still it is a bit weird in case of a game where development is halted.
Reactions:

Herennius said:
It could be an automation thing - this DD was the last regular on before the patchnotes and I noticed that in the CK3 and HoI4 forums the latest the DD got the same treatment (stickied on top and with the emphasizing name tag "DD"), so maybe the forum software has done this globally. Still it is a bit weird in case of a game where development is halted.
Click to expand...

Development is so halted, that they didn't even disable the announcements. "We're doing nothing here for now."
Reactions:

It's a coded message from the developers. Paradox is holding them hostage and making them create new bugged DLC for old game. We have to rescue them.
Toggle signature
CPU Taro said:
I didn't buy all the DLC on release with the expectation that it the game would end up being cancelled right after a patch that arguably made it their best work in terms of game mechanics.
Reactions:

I reckon they saw my suggestion, and are randomly stickying dev diaries in the hopes we've forgotten what was in them
Reactions:

Where is new diaries????

Imperator Gershel said:
Where is new diaries????
Click to expand...

why would there be?
they put the game on hold. no longer developing it for the moment.

PossibleTango said:
why would there be?
they put the game on hold. no longer developing it for the moment.
Click to expand...

After this news we may see a PDS come back to I:R:

Paradox Interactive AB has today decided to discontinue the development of several unannounced games. In connection with the cancellation, the company has written down the value of the projects which... | January 8, 2022
www.google.es
Toggle signature
Do not forget to UPVOTE all suggestions using the arrow next to the opening post in the suggestion forum new feature!
Reactions:

Throw us a bone, or be brave enough to tell us that the project's been canned (short-sighted as that would be).
Reactions:
F

Johan Andersson give us back our legions!!!
Reactions: