Jump to latest Follow Reply
Menu
Install the app
You are using an out of date browser. It may not display this or other websites correctly.
You should upgrade or use an alternative browser.
Hearts of Iron IV 37730 After Action Reports (AAR)
Previous dev diary Next dev diary
Show only dev responses

Hello, and welcome back to another Dev Diary for the Man the Guns expansion. The dev team are all deep in testing and fixing at the moment so today we will be handing over the rains to the Art and Music teams so they get to show what they have been up to to fill MTG with both new music, 3d models and 2d art to ramp up its awesomeness

3D Art
With the focus of Man the Guns being on Britain and the US as well as on naval combat, we decided that we wanted to give both countries some of their historical ships as 3d models. 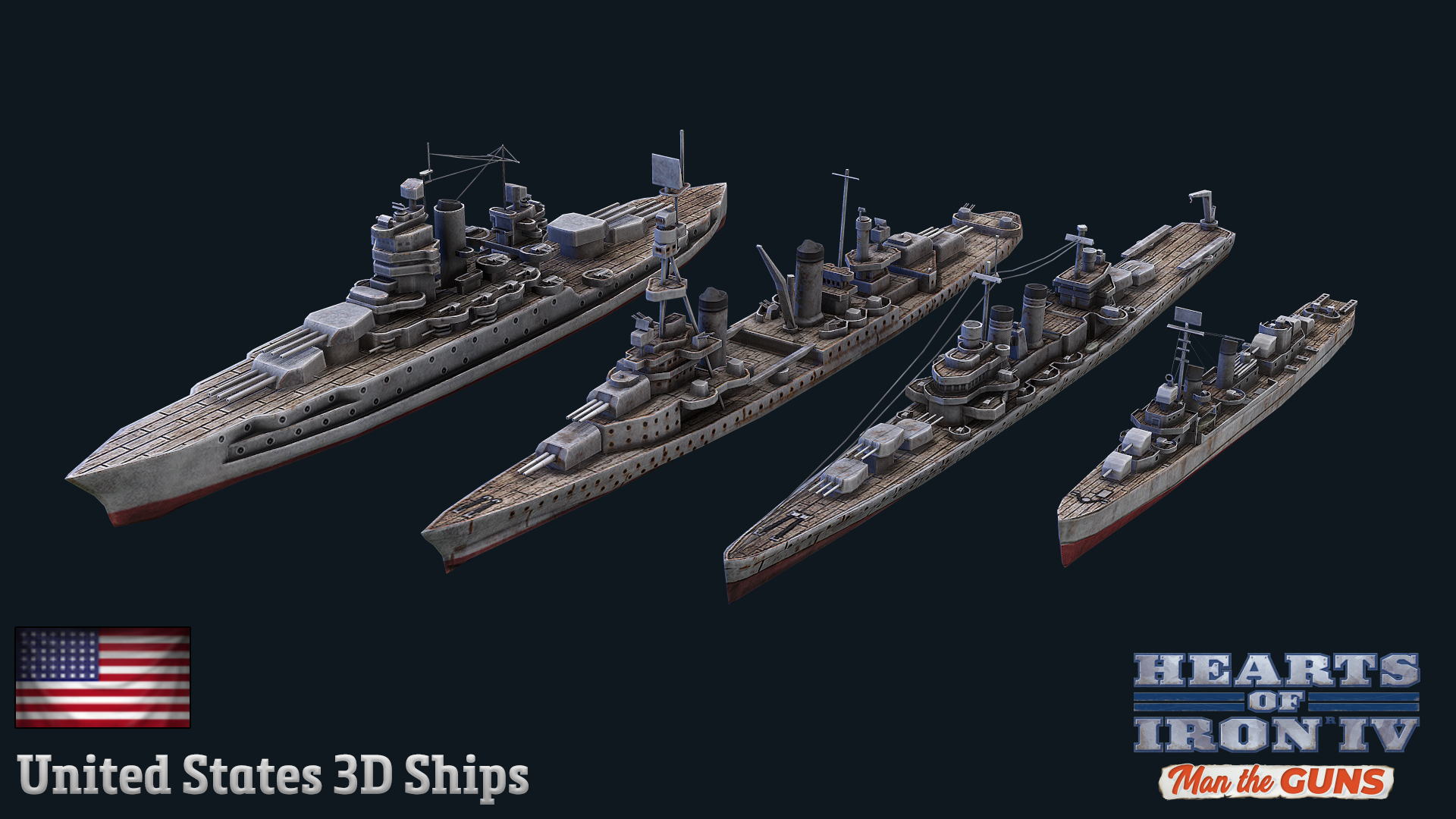 The US already had a modern battleship model from the Famous Battleship pack that was rolled into the base game with Waking the Tiger due to...reasons, so we decided to give you a model for your older battleships, represented here by USS New Mexico, joined by USS Pensacola for the Heavy Cruisers (owners of the Famous Heavy Cruiser Pack get that model at higher tech levels), USS Brooklyn for the Light Cruisers, and USS Fletcher for the Destroyers. 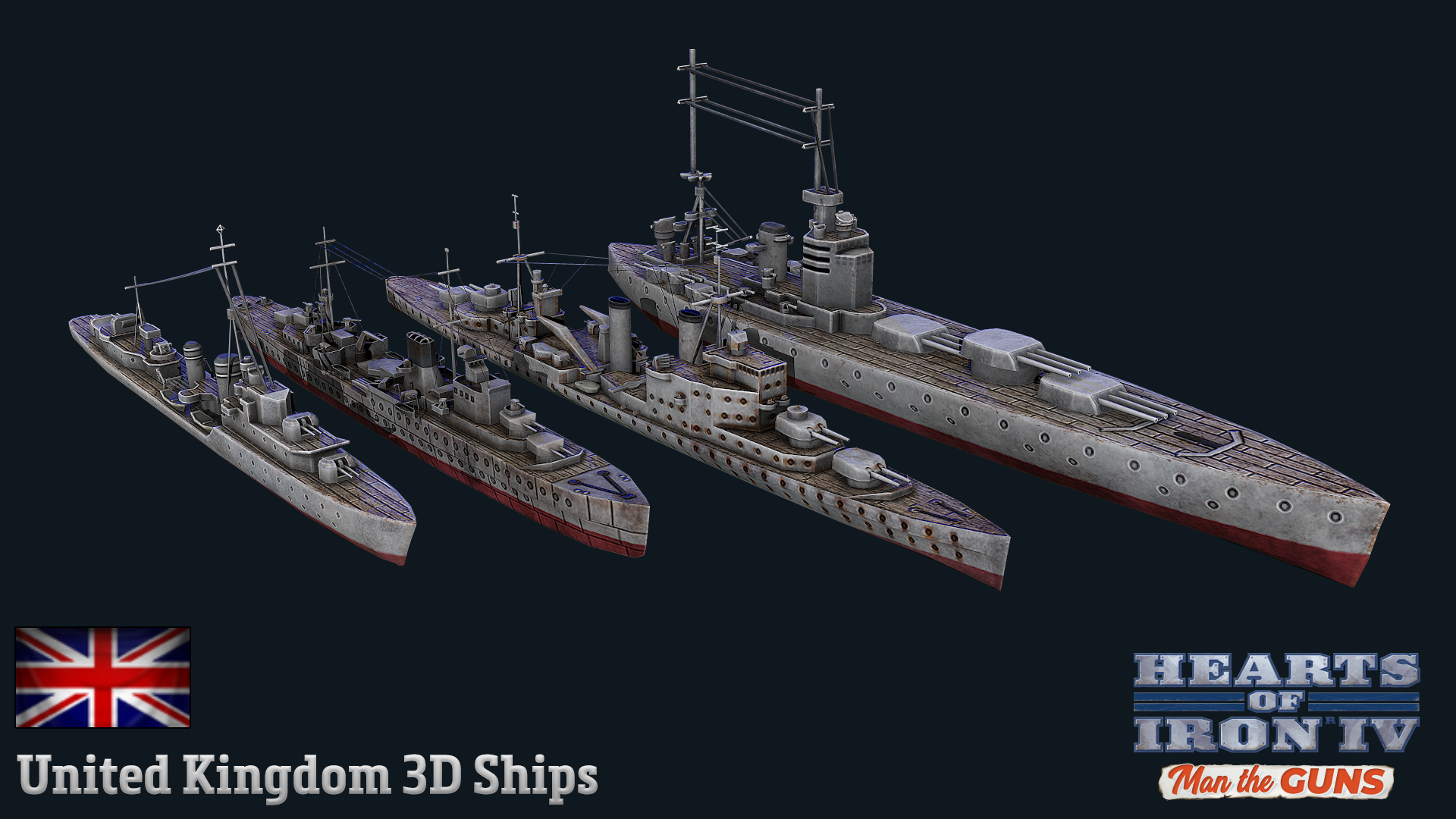 The same basic consideration applies to Britain, which will have HMS Nelson representing early Battleships, as well as the County-Class Heavy Cruiser, Leander-Class Light Cruiser, and Tribal-Class Destroyer for its smaller ships. 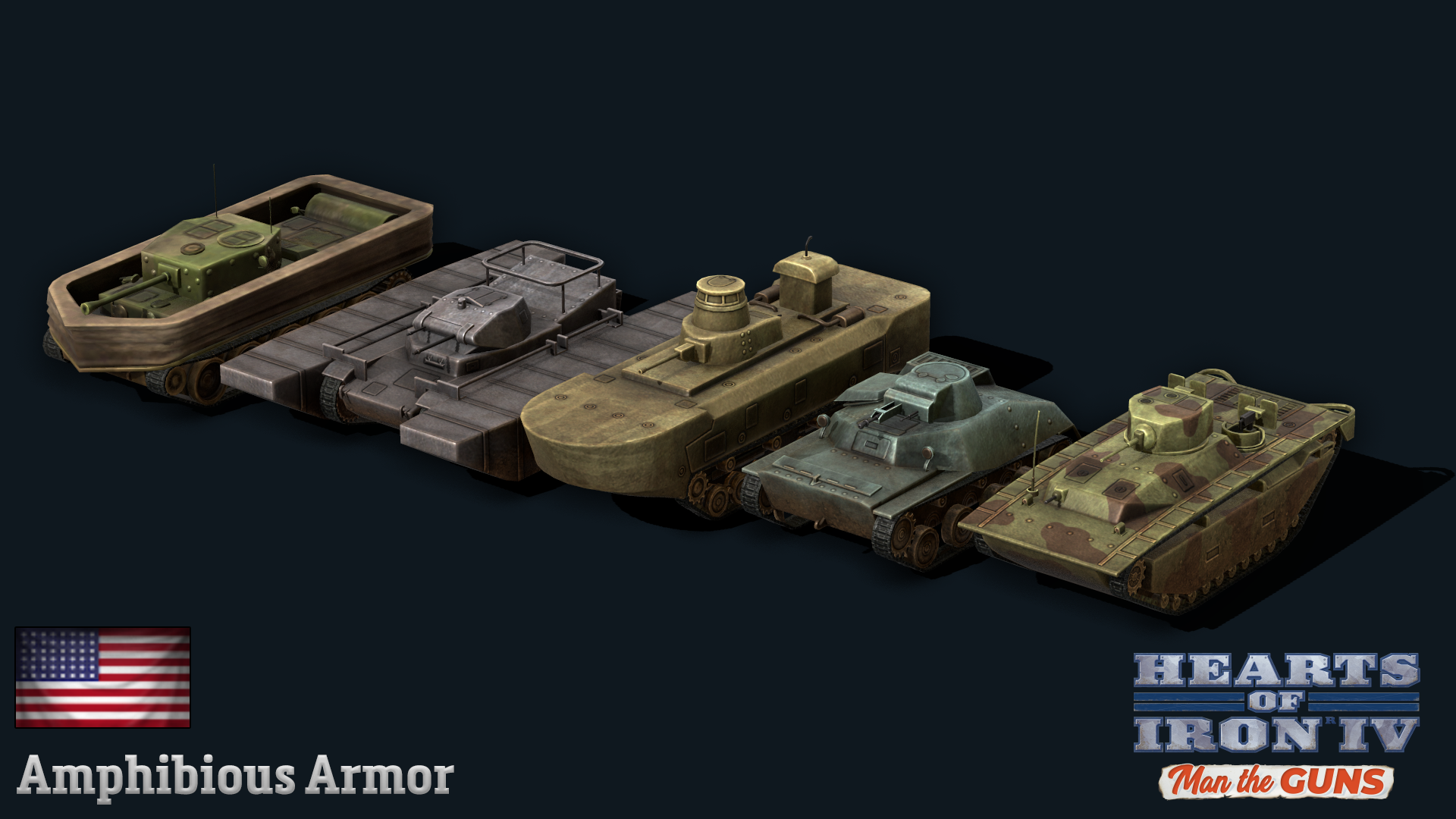 Another big source of new 3d Art were the amphibious landing vehicles. We tried to have a good spread covering as many majors as possible with the Cromwell DD (never left the drawing board), the Schwimmpanzer II and the Type 2 Ka-Mi (a converted Ha-Go light tank) as well as the Soviet T-40 and the American LVT-1(A). 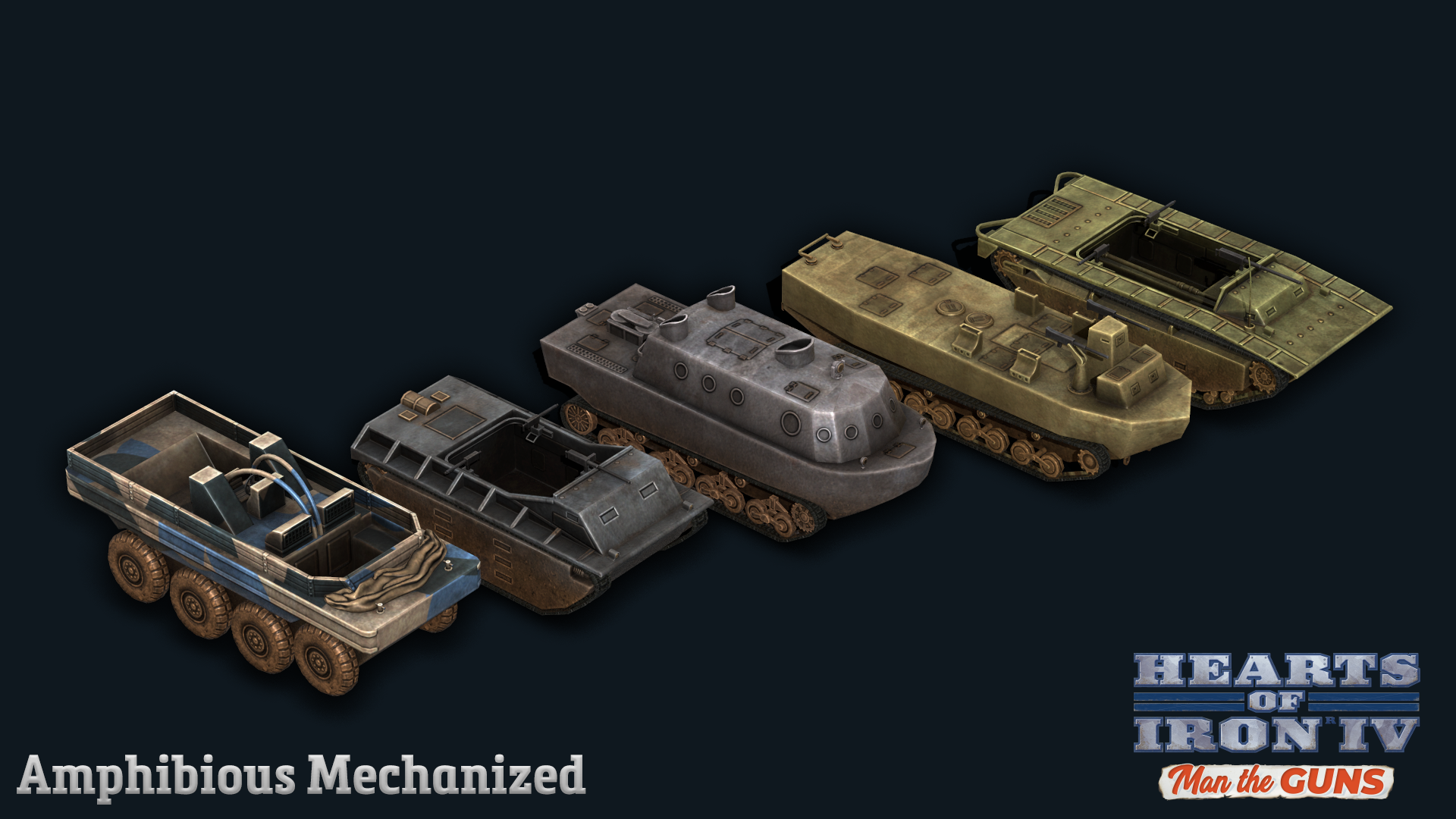 Accompanying the amphibious tanks are the amphibious mechanized vehicles, with the British Terrapin cheekily shuffling in despite having wheels instead of tracks. Beside it are the American LVT-1 standing in as the generic amphibious tractor, the German Land-Wasser-Schlepper, the Japanese Type 4 Ka-Tsu (with its torpedoes removed for safety reasons) and finally the American LVT-2 as the unique American Amtrac. 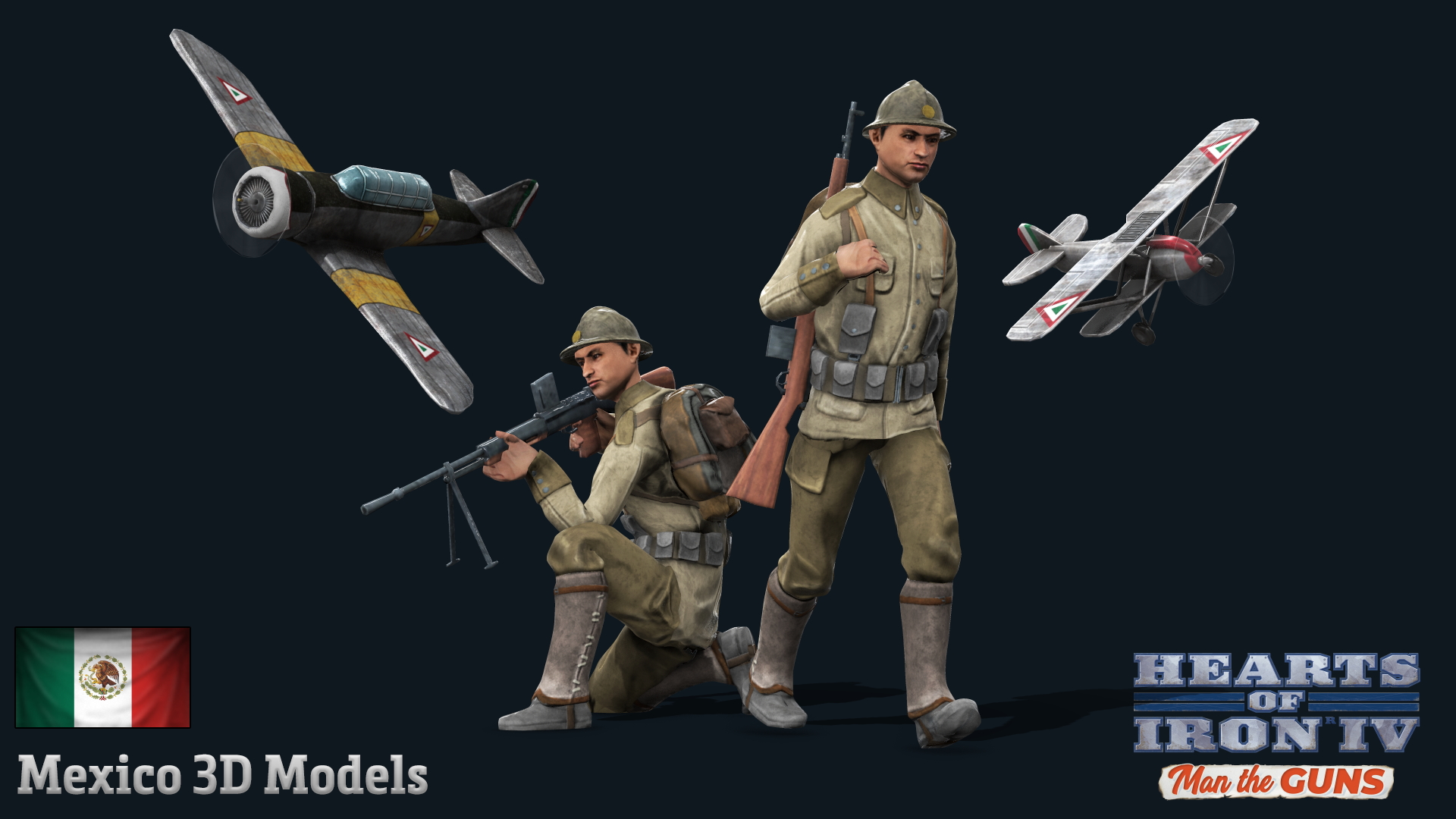 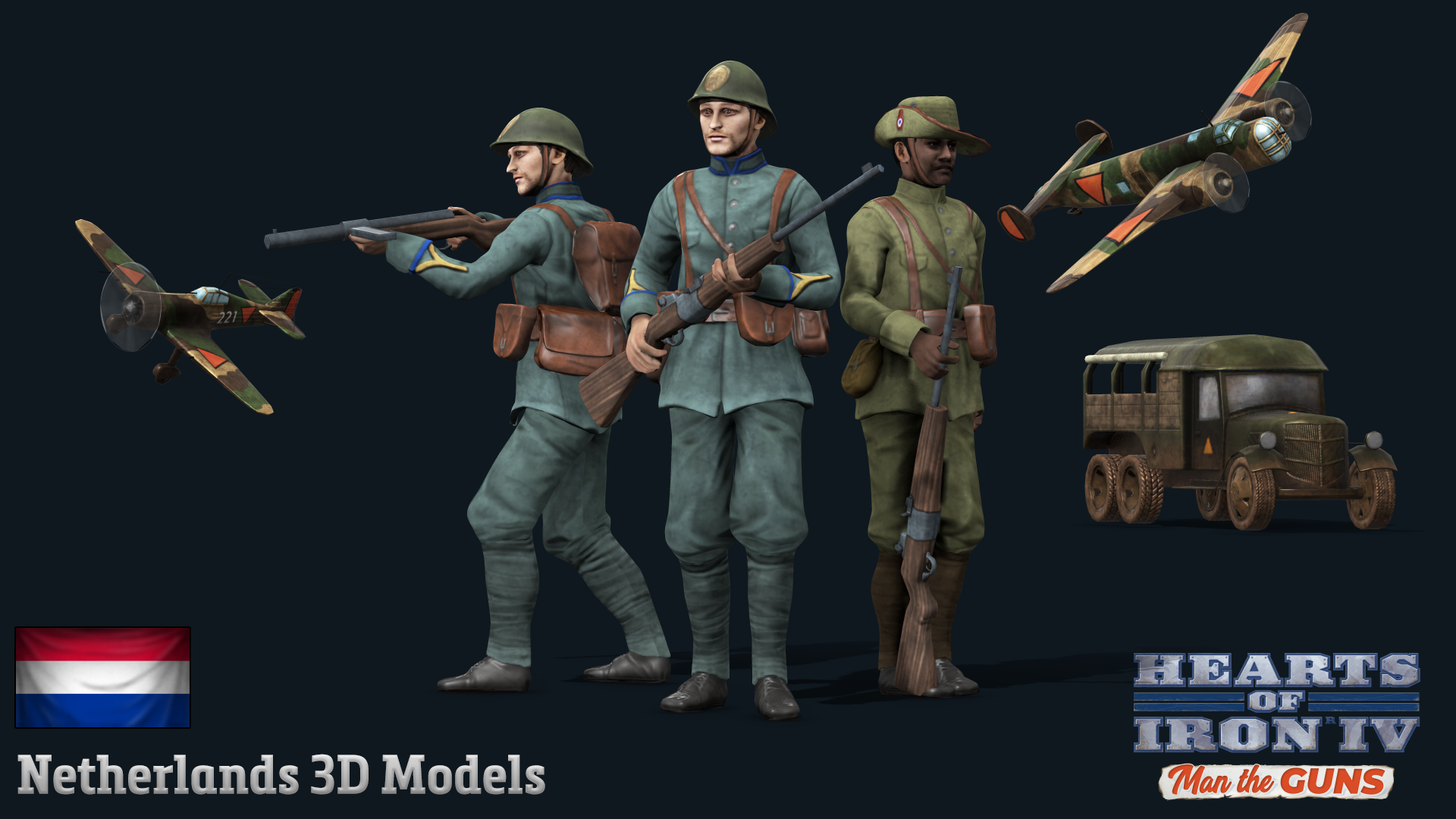 The Dutch are represented with the Fokker D.XXI and the Fokker T.V, the DAF truck and equipped with the M41 Johnson rifle and the MP28. Since a lot of the gameplay revolves around the colonies in the East Indies, they also have a model for colonial troops recruited there.


Music
Start by kicking off this clip with samples and art in it while you read:

With Man the Guns I wanted to try having more distinct music even within one nation and I felt USA with its possibilities for civil wars would be perfect to test this. The expansion will come with 4 new songs to help us enable that.

So for example we have set things up so the Confederate song plays as the players nation starts drifting from democracy. Likewise the communist tune plays as the player changes that direction. Of the above songs the absolute hardest to get right was the confederate song. We weren't quite sure how to get it to sound like we envisioned, but our composer tried a lot of different ways until we (I think on the 4th try) got something that really clicked. You can hear small parts of it in the video above.

2D Art
When it comes to 2d art we have been fleshing out each of the new nations with a ton of portraits. Here are some samples:


We have also been adding more generics for admirals across the world as many nations had a need of them.


Finally we have been updating the naval tech icons to get unique levels for each ship type. A pet peeve of mine since release 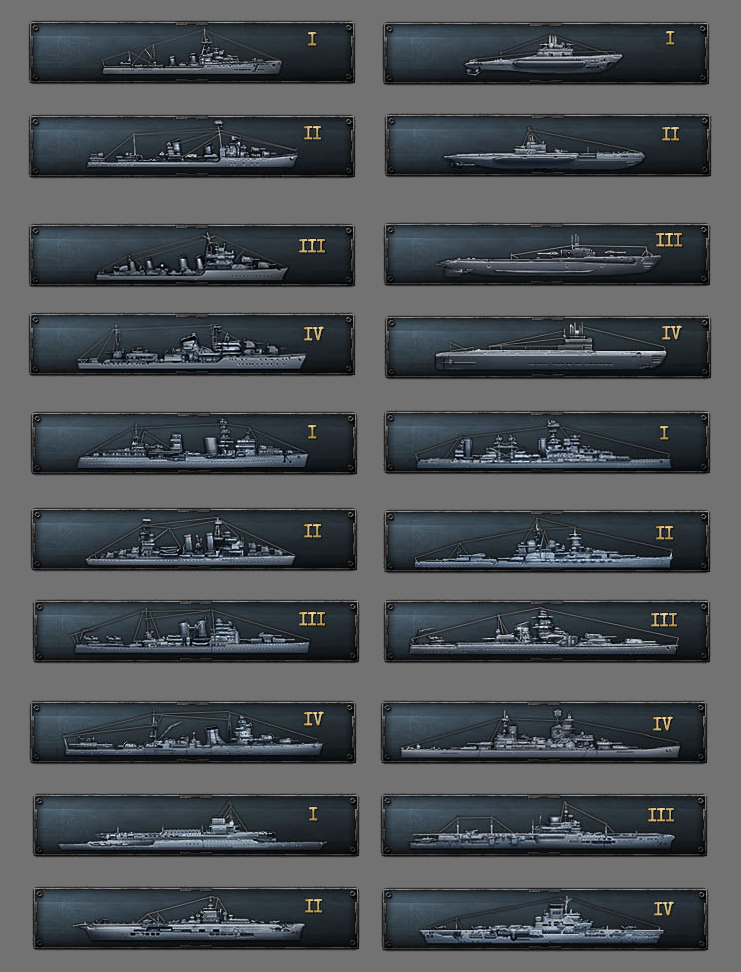 See you all next week for another update!


Rejected Titles
“Something-something-clickbait-release-date”
We finally got those Fokkers in the game
I had the Fokker in my sight, it was a Messerschmidt...
Can you say Fokker on a public stream
We didn't want to go 'overboard' with rejected titles 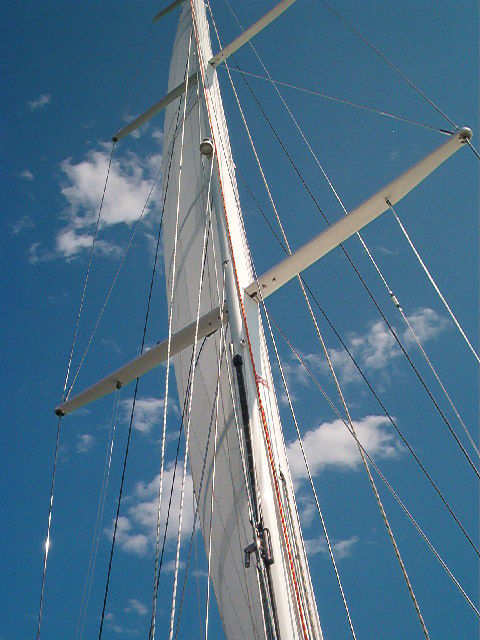 Well, no release date. Okay, was predictable. But, yep, portrais are good, 2D icons are too.

@podcat , important question: do we get drag&drop function for division templates in the designer? Or at least some arrow buttons. Anything...

It's a long long way to Tipperary, but my hearts right there
M

Always interesting to see new models
Great work!
Toggle signature
*Always trying to get better at art 'n stuff* Kiss Me Once Shame On You, Kiss Me Twice Let's Party!!!!!

Will the new shiptech art overwrite (all) the current art? (and will that mean that all the majors will have the same 2D art for ships.)

Who is the priest? Need to play him @podcat

SanguiniusStyle said:
Who is the priest? Need to play him @podcat
Click to expand...

And with "probably" I mean I'm sure about it.

Hats of Iron 4!
Toggle signature
What to see who does bug testing for Stellaris? Just find a mirror...

But will we have an AI DD before release? That's also important.
Toggle signature
My EU4 Mods:
The Internal Balance - A Stability and Factions Overhaul
The Balance of Power 2.0 - Reworking How Rivals and Neighbors React to Expansion Long Term
Slovak and Turkish Cultures Tweak

PD: @podcat You can say Fokker whenever you want, you are our one and only leader.

And with "probably" I mean I'm sure about it.
Click to expand...

Good afternoon,the music sounds pretty great and the units models also.However,two question.
1)The music will be composed by @Jazzhole or not?
2)When release date?
Cordially.

Is this priest the Pope? It would be fun to have Vatican City in game. ( I know that Pope should have white clothes, but he reminds me of Pious)