Jump to latest Follow Reply
Menu
Install the app
You are using an out of date browser. It may not display this or other websites correctly.
You should upgrade or use an alternative browser.
Hearts of Iron IV 40904 Bug Reports 11946 After Action Reports (AAR)
Previous dev diary Next dev diary
Show only dev responses

Hi everyone! Today’s diary is sort of a logical continuation on the 1.4 “Oak” updated where we did a full revamp on the air interfaces and much of the underlying combat mechanics. So lets dive into some more air stuff!

Attaching air wings to armies
It's now possible to attach air wings directly to armies. This means that if you assign them to an army pushing into a hostile nation those wings will get automatically move to bases in range and assigned to areas the army is fighting in. This should hopefully mean no more accidentally forgetting your air force in france when you move forces up to the russian front in hectic multiplayer games or needing to manage things manually when crossing into new areas under an advance.
Assigned wings show over armies in air mapmode (you can’t attach to army groups) for easy check on how your attached air forces situation is. We show them in 3 groups: Fighters, Close Air support/tactical bombers and Transports for supply. You can’t attach strategic bombers, because, well, having planes on order to destroy the area you move through is generally not good. You can also quickly select those planes in each group which makes sending them around and rebalancing easy and quick.
Attaching is a free feature for everyone as part of the 1.5 “Cornflakes” update. The rest of the diary will cover features in the upcoming (and still unannounced. Trust me I’m itching to tell!) DLC. 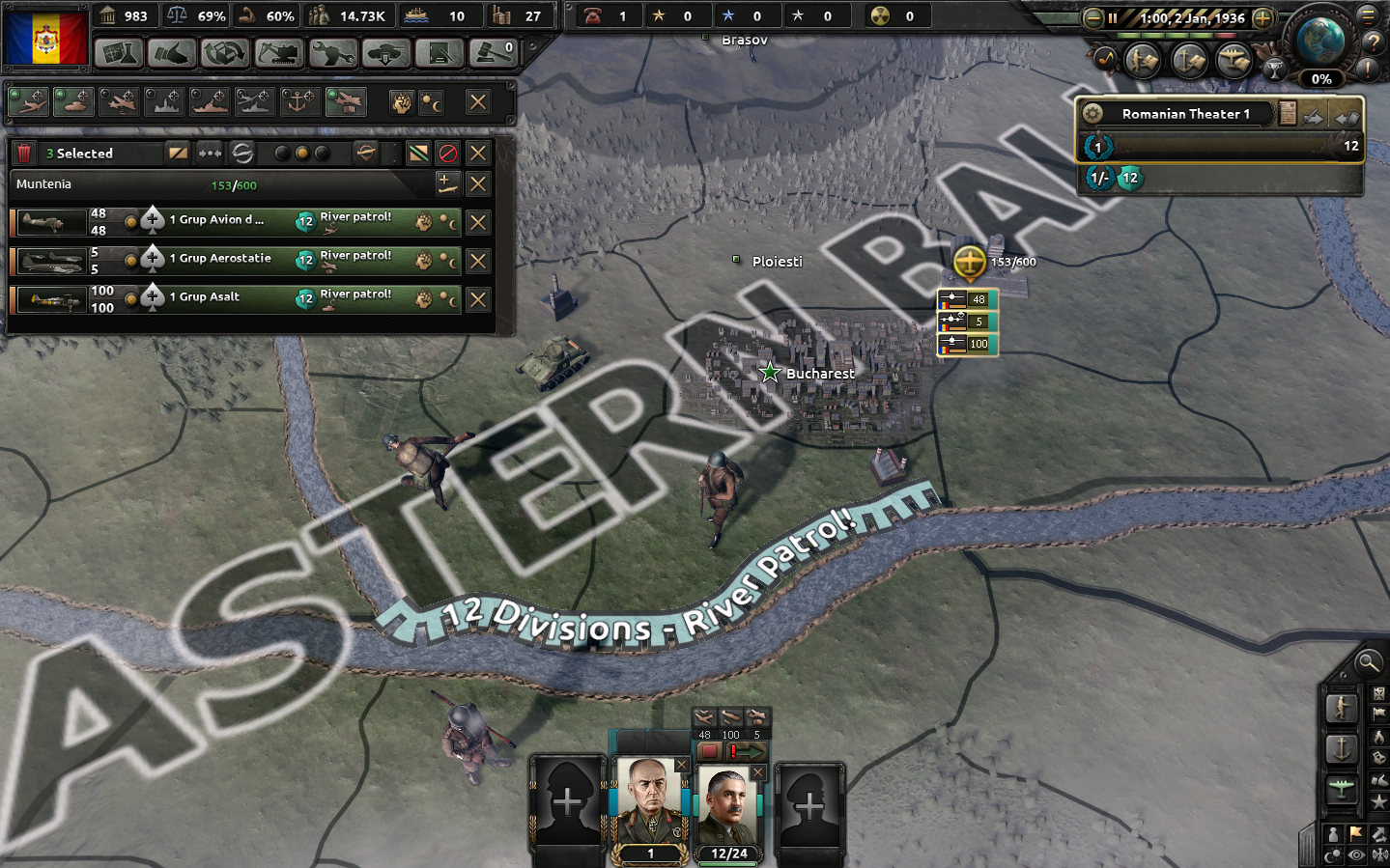 Air Supply
Ever had your troops encircled and out of supply and wished there was some way to help them out? Now you can assign your transport planes to bring supply across enemy lines. Each plane assigned to a strategic area will boost supply in supply areas there. These planes can be intercepted as any other mission resulting in less supply, and destroyed planes. Air supply is designed to be a costly thing that you only want to use at a smaller scale, or to adjust minor supply problems. To ensure this we are rebalancing transport planes a bit so you will need a lot more of them (although with reduced costs as their “air fleet” status right now works badly with being intercepted) and air supply being a logistically tricky affair will require tying up new country resource to work. More info on that in a later diary though when we can show the whole picture. What is important here is that it's hard to use this at a large scale, and that it will come with some trade-offs. 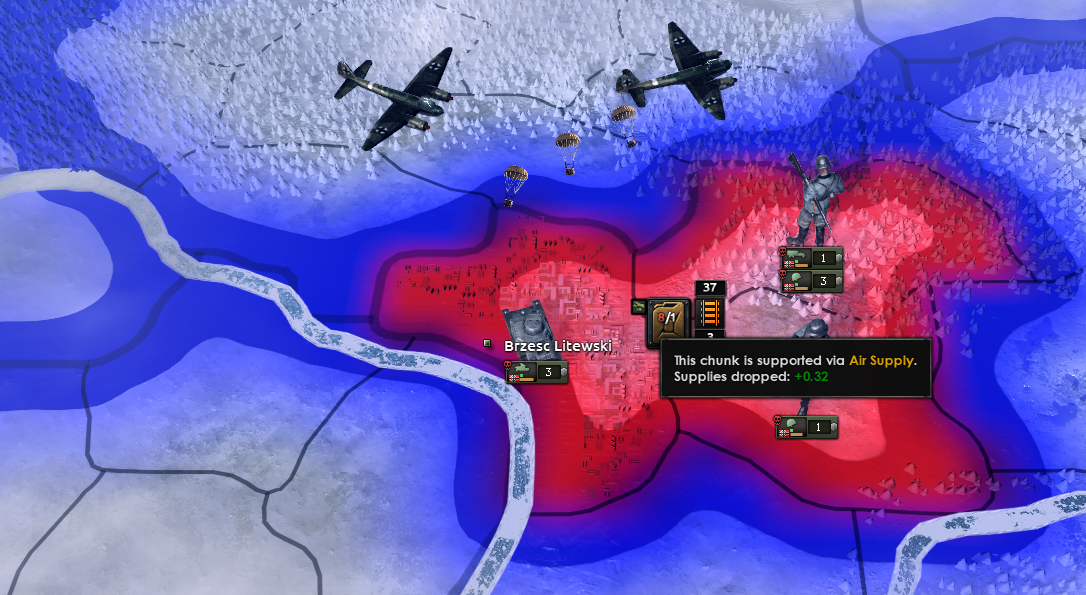 To make it easy to identify where to send your transport planes on supply missions the air mapmode now has a special indicator showing areas with a supply need where planes could be assigned. If you are over supplying them through the air this is also shown, so that you may want to withdraw some of your wings. 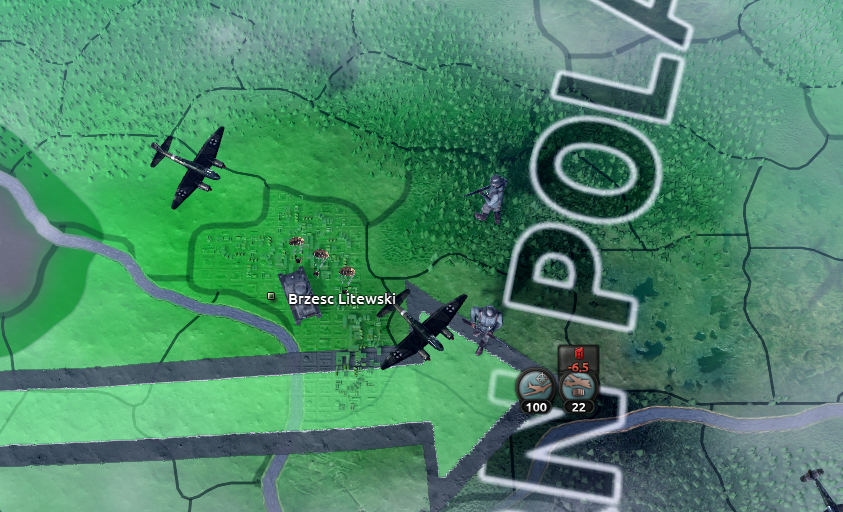 Prioritization for strategic bombing
Players can now affect target selection for strategic bombers. The way it works is that you mark your prioritized targets when picking the strategic bombing mission. Those building types selected will have a higher chance of being targeted compared to others. Bombing isn't the most exact process and we felt it would be weird if you could completely control what doesn't get hit etc. So instead we decided on a system where you can somewhat affect it, but won't be able to walk into an area with all refineries destroyed but pristine infrastructure and factories.

We also have one more air related feature as part of the DLC, but we will be showing that off in a future diary where it fits in better with the content there ;P

PS. The second episode of our beginner-stream with @Da9L and @bus is coming any second now. Even though most of you are probably familiar with the basics, this is perfect for any friends that want to join in. Check out the Paradox twitch today at 16:00 CET: https://go.twitch.tv/paradoxinteractive

Smart choice for the title..

Huzzah on the improvements, though it likely won't help me as I do the encircling (mwahahaha).

When do we learn which country is getting the second focus tree overhaul?

Damn you had me worried that you were gonna implement loot boxes for a moment. Glad you decided instead to just take the piss out of a fuckawful gambling system
Toggle signature
I play Paradox games on youtube, check me out here if you like: Lord Lambert​

any national focuses for minior nations?

Nelfe said:
Definitely get this DLC.
Click to expand...

The HOI4 team is the best Paradox has going today. CK2's squad ain't what it used to be...

Will the assigned planes be split among the air zones the army is fighting in case of more than one or be concentrated where the fighting is harder?

Still nice, but ,alas, I want to know the other revamped focus tree

Wow so such amazing stuff !! Thanks !!

ᛒᛖᚱᛋᛖᚱᚲ said:
Huzzah on the improvements, though it likely won't help me as I do the encircling (mwahahaha).

When do we learn which country is getting the second focus tree overhaul?
Click to expand...

After announcement of the expansion. I've kept all that on hold so we dont show off the theme before the announcement. Not that long left now tho!


Lambert2191 said:
Damn you had me worried that you were gonna implement loot boxes for a moment. Glad you decided instead to just take the piss out of a fuckawful gambling system
Click to expand...

No worries. I was considering it but then I watched this insightful article about it.
Toggle signature
Reject reason to make the impossible possible!

podcat said:
After announcement of the expansion. I've kept all that on hold so we dont show off the theme before the announcement. Not that long left now tho!
Click to expand...

10/4 Big guy, and please keep up the damn good work, we all really appreciate the product you're putting out.

That being said, I look forward to the new New Zealand Focus Tree and the Kamikaze Kiwis expansion.