Jump to latest Follow Reply
Menu
Install the app
You are using an out of date browser. It may not display this or other websites correctly.
You should upgrade or use an alternative browser.
Hearts of Iron IV 37706 After Action Reports (AAR)
Previous dev diary Next dev diary
Show only dev responses

Hi everyone! Release of La Résistance is closing in and we are busy fixing, testing and polishing. Today its time to present all the new achievements we are adding, so that the achievement hunters among you can start planning

Without further ado, here is all 20 of them (I apologize in advance for all the young whippersnappers who wont get the movie and tv show references ):

As Bourbon Spain, hold all Spanish and French core states.

We will Rock you

As Spain, own Gibraltar.

Well, I didn't vote for you

Win the Spanish Civil War as the anarchists.

...our chief weapon is surprise

As Spain, have at least 5 spies and stage 5 coups against other nations.

As Fascist France or Vichy France, occupy all of Great Britain.

As France, occupy Moscow while Napoleon VI is your country leader.

ccupy all of mainland France while having at least 20 fully equipped Bicycle regiments.

Go ahead, Macau my day

As Portugal, create a collaboration government in Macau and have it own all Chinese states.

As Portugal, join the same faction as Great Britain.

Stage the Warsaw uprising and succeed.

Have a spy network of at least 50% strength in Casablanca.

As India, become the spymaster for the Allies.

You Will Never Kill Me Alive

Have one of your spies take a Suicide Pill.

Why Die For Danzig

As Germany, have France turn fascist while at war with Poland.

Successfully stage a coup in any nation using a spy with the Seducer trait.

Listen very carefully, I shall say this only once

Man of a thousand faces, every one the same

Fully decrypt all nations in the axis

Don’t die for your country

The challenge from PdxCon 2019 - As Germany in 1939, occupy all of Poland and France without taking more than 475 in casualties. No paradrops allowed!

See you all next week when we will be doing an AAR writeup of what its like playing as a spymaster of your faction. Also, don't miss out on our stream at 16:00CET today if you want to see LaR in action.
Last edited: Feb 5, 2020

That is already an achievement so will it be replaced by the new one?
Reactions:

Thank you for not making Anarchist Spain do a world conquer and then use the occupation tool to core it as an achievement, it was my big fear coming in to this!

The one that leaps out to me as most interesting is most likely the Portugese China achievement. Does "All Chinese States" include Hong Kong and Guangzhouwan?

Dibss said:
Man i love the "Allo allo" achievement thx paradox you are the best
Click to expand...

You meant achievements There are two from what I see

Right now only Japan and netherlands are able to do this achievement.
Are there more Nations with this special unit?

podcat said:
As Portugal, create a collaboration government in Macau and have it own all Chinese states.
Click to expand...

Casablanca is my favorite film, I love you guys for this one
Toggle signature
High School History Teacher. PC gamer since the 1990s. Long time fan of historic grand strategy games. I love Total War and anything by Paradox, especially HoI4.

What happened to "Quisling" and "Miss Canary Islands 1936"?

The challenge from PdxCon 2019 - As Germany in 1939, occupy all of Poland and France without taking more than 475 in casualties. No paradrops allowed!
Click to expand...

Again, that this is possible shows deep flaws in the game, not something to be celebrated.

Very funny achievements and also this time less world conquering stuff, very nice. With maybe the exception of "We will Rock you" where you need to own, instead of occupy Gibraltar.

Also interesting your stayed on 475 casualties.
@CameraGenie I kinda agree with you. It shows flaws of the game, where it would be great if they don't exist. But they do exist, like there will always exist flaws in a game. Personally I think it is less a celebration of the flaws, but more an acknowledgment that they exist and can be abused.

Nothing for Free France?

Too bad no achievement for forming Umayyad " Al-Andalus "

Suprised there isn't an achievement for conquering the world as the anarchists.

As Bourbon Spain, hold all Spanish and French core states.
Click to expand...

I think this should also work as Bourbon France

I can not image there is a fan of Wang ziwen In Paradox studio. 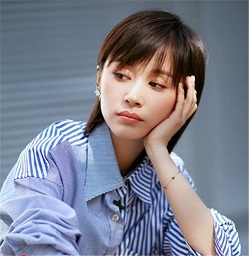