Jump to latest Follow Reply
Menu
Install the app
You are using an out of date browser. It may not display this or other websites correctly.
You should upgrade or use an alternative browser.
Europa Universalis IV 76606 EUIV: Suggestions 16475 EUIV: Technical Support 5856 EUIV: FAQ & Strategy Guides 197 EUIV: AAR's, Let's Plays, and Fan Fiction EU IV: Alternate History Short Story Contest Contr 26
Previous dev diary Next dev diary
Show only dev responses
Good morning all, and welcome to a special Weekend Dev Diary for Europa Universalis IV.

We noticed a lot of feedback in the previous dev diary that people were keen to know what direction EUIV is taking going forward from Rule Britannia. For various reasons, we do not immediately reveal what the focus of the following expansion and accompanying patch will be, but in the face of such overwhelming feedback, we've decided that this time we shall spill the beans early 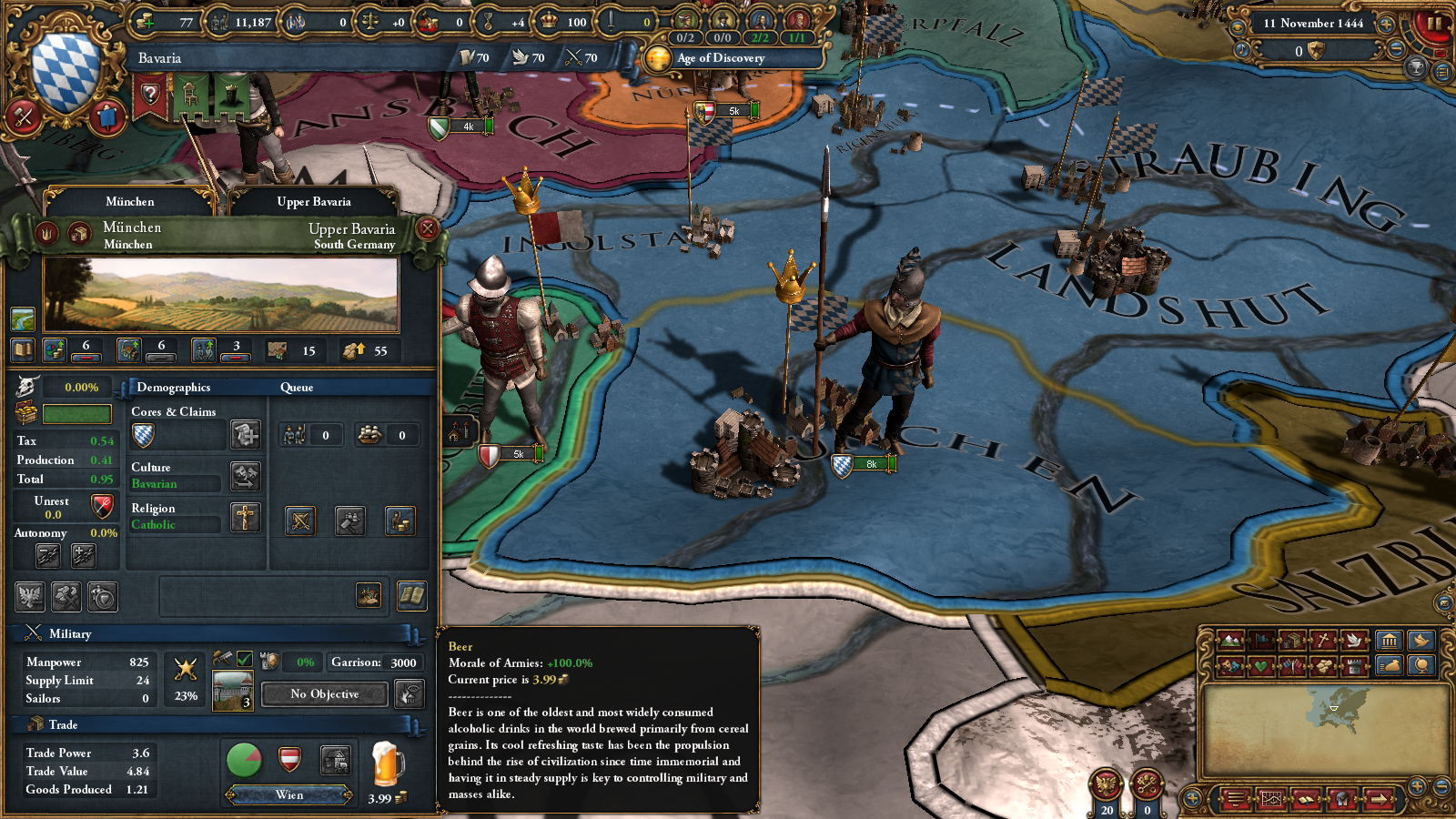 Europa Universalis IV: Breweries of the World is currently in development with heavy focus on the nations and regions which have contributed most to global society with their various tipples. Focus regions in the 1.26 Champagne Update will be:

The release date of Breweries of the World is currently TBA but upon release, we ask that you all game responsibly.
Last edited: Mar 29, 2018
Click to expand...

Based on my experience beer should give +3 unrest.
Toggle signature
​

Ixor779 said:
Based on my experience beer should give +3 unrest.
Click to expand...

Really? The ancient Egyptians used it for the opposite purpose.
Toggle signature
Baal: You can't be serious.
O'Neill: Yes I can... I just chose not to.

What about Russian vodka trade mechanics?

Point of order: Arthur Guinness was a Unionist, opposed to both Irish Home Rule and any notion of Irish independence

(This is what April 1 posts should be like Nice work.)
Toggle signature
MEIOU & Taxes is only conditionally awesome.
If you don't want politics in your games, play Tetris.
Ceterum censeo Featured Content banner delenda est.
U

That is certainly an interesting development focus. I implore you to develop this further. Cheers to all weekend workers! Although did Ireland need any more provinces?
F

FrogCrusher said:
I see at least one person has not understand the day we are in
Click to expand...

CB on inferior producers lel. This is too good.

WHAT IS THIS HERESY!?!
Toggle signature
I play Paradox games on youtube, check me out here if you like: Lord Lambert​

Looking forward to it, thanks Jake. Will there be a new religion based around the new "Whiskey" mechanics?

Damn, you had me for a minute.

Belgium needs to be added tho
C

Now that is the top scotch comedy I have come to expect from this company.
D

I thought you were serious, but then I saw

DDRJake said:
Europa Universalis IV: Breweries of the World is currently in development with heavy focus on the nations and regions which have contributed most to global society with their various tipples. Focus regions in the 1.26 Champagne Update will be:
Click to expand...