As usual, when we do a major expansion, and have a large free accompanying update, there are quite a lot of changes to how you play the game. We’re hoping that this little guide makes it easier for you to transition to the greater experience of EU4 1.20 “Ming” with Mandate of Heaven.

Sieges
Quite a lot regarding sieges have changed, giving the player greater control over the sieges through the years, if you get the Mandate of Heaven expansion.

First of all, you always have the option to do an Artillery Barrage, which allows you to do create a breach in the fortress for 50 Military Power. This breach increases the siege-progress by +3, and also allows you to do an assault

During the Age of Reformation, you can get an ability that increases the impact from blockades while sieging by +1.

Finally, during the Age of Revolutions, you can unlock the Napoleonic Warfare ability, which increases the maximum bonus from artillery to +3.


Devastation
We talked about devastation in one of the earliest development diaries about 1.20, and its seen quite a lot of tweaks since then. Now it’s time to give a detailed information about how it will work.

Provinces that are being looted, occupied or under siege will slowly see their devastation tick up. Control of your own province will slowly see it tick down again, while being in the zone of control of a friendly fortress decreases it far quicker.

If you want to reduce the devastation quicker, manually developing the province will reduce it as well.

We also changed scorched earth, so that while it gives a modest impact (+5) to the devastation in the province, it also reduces movement for hostile units by 50% for 5 years.

Devastation have an impact on quite a lot of things, with 100% devastation giving the following to a province.

Subjects
We’ve done quite a lot of things to subjects in the Ming update, most important among them probably exposing most of it to modders, but for you right now there are a few important things to know.

Non-tributary subjects are now exempt from most disasters, making both managing them, and playing them less of a hassle.

We merged protectorates and vassals into vassals. You can do divert trade & seize territory from vassals & send officers to marches.

Subject types that allow Embargo Rivals interaction no longer allow Subject to make their own embargoes.

Daimyos are now their unique subject type, with lots of added mechanics mentioned in earlier development diaries. They no longer count towards diplomatic relations, but they will no longer increase your force limit either as a Shogunate.

Colonial Nations can now start war with neighbours of another religion group. Which allows them to attack native americans even if they have technological parity.


Trade companies
We have done some rather big changed to Trade Companies, making them no longer count as territory when it comes to autonomy. This makes it much preferable and beneficial for empires to create trade companies of their overseas territories where possible.

Removing a a province manually from a trade company now makes it not produce any goods for 5 years.


Spynetworks
In an effort to reduce tedious micromanagement, we’ve done a major change of convenience. Spies are no longer sent home when discovered, but instead have decay while being discovered for a year.


Golden Age
The Golden Era is probably the most powerful ability you can give your country. Once a game, when you have at least 3 age objectives fulfilled, you can start your golden era. This era will last you 50 years, and during this time, you get the following benefits.


States
State Maintenance is no longer free in Capital Areas, but is reduced in price by 50% to prevent free edicts. Capital States have been “reimbursed” for this by gaining +5% institution spread.

The late-game States buffet from government and Technology levels have been reduced dramatically, as previously almost all areas would be stated, removing strategic choice from the system.

War & Peace
Stabhitting peace offers have been restored to 50% of the warscore, when warscore is at least 50%, as we felt the new system wasn’t working so well.

You can no longer call in allies that have a truce with someone you are attacking, to add risk to truce breaking

We have removed the rule that you couldn’t make a separate peace with the holder of the wargoal province, as it caused bizarre outcomes in unlikely yet plausible situations.


Mercenaries
Mercenary costs have been raised across the board, to put more financial pressure on waging wars with endless waves of cannon fodder. They now cost 10 more in base price and reinforcement costs are doubled.

Your mercenaries now get priority when entering battle within their unit type. Eg: Mercenary Infantry will be deployed in the middle ahead of regulars.

Victory Cards
Victory Cards have been changed to make them more enticing to grab early, rather than leaving them until the very end of the game. They now also heavily disincentivize “trading” of them.

Victory Cards ticking up/down is now 10 years instead of 20 years.

You now get the final victory cards even if you haven't fulfilled previous ones.

The Absolutism Mechanic replaces the Absolute Monarchy government type, which is no longer present in the game.

Absolutism is used in decisions and events and can be influenced by Harsh treatment, raising stability, Strengthening government, lowering autonomy and more.


Nation Rebalancing
Prussian Militarisation has been balanced to be 50% harder to maintain and impacts less on maintenance cost and manpower. Its effects on troop quality remain unchanged.

Early Native American infantry units have had their pip count reduced from 6 to 4, as native teching has been made easier with institutions and they do not need early super soldiers. On this note, the Counting Coups idea has been reduced from 15% morale to 10%

Some of our more extravagant National Idea bonuses have been rebalanced. Japanese Traditions have been reduced from 10% discipline to a more sane 5% while Ottoman Millets are now 20% coring cost reduction instead of 33%.

Bankruptcy
A new button has been added to the economy tab allowing a nation to declare Bankruptcy if it has any loans. As such, the effects of bankruptcy have been rebalanced to be shorter and less of a kiss of death, but a viable alternative to crushing loan repayments

Bankruptcies now have less impact on morale, unrest and autonomy, and only last 5 years.

Going bankrupt now destroys all buildings built in the last 5 years to prevent building up your economy with borrowed money and intentionally going bankrupt.


Cavalry Ratio
The amount of cavalry you can have, relative to your infantry is no longer tied to the old inflexible tech groups, but is instead a base of 50% influenced by the following:


Unconditional Surrender
Various changes have been made to stop unconditionally surrendering nations from being at the mercy of their enemies forcing them to break apart from economical and revolting damage:

Upon unconditionally surrendering, autonomy, War Exhaustion and Institution Spread act like being at peace

Owned provinces will have 0 Unrest after Unconditionally surrendering

Nations that has unconditionally surrendered can not take loans, nor go below 0 in treasury, and will automatically dismiss all advisors each month.

A country is considered to be “in debt” for purposes of not being able to send gifts etc if it has more than 2 years of income to prevent “banking” money elsewhere.

Nations in debt and running a deficit can no longer buy ships, stopping an infinite money exploit.

Calculations for “in debt” are immediate, rather than judging the previous month’s finances, which lead to plenty of exploits

Misc
Spices’ trade good bonus has changed from the widely adored Hostile Core Creation Cost to a reduction in devastation.

Sharing maps can now be done while at war, because inaccessible allied land in a crucial moment is silly. 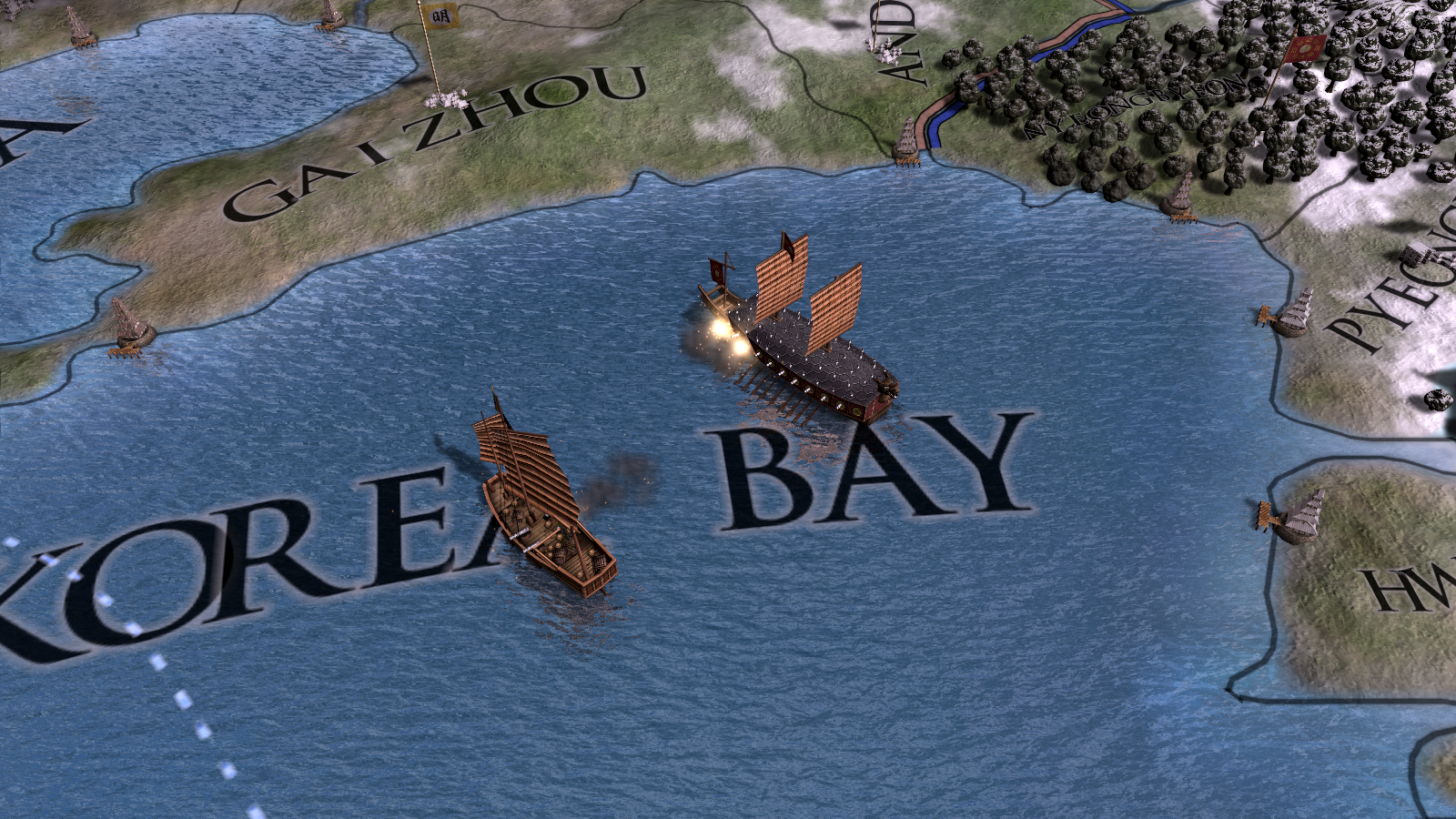 Sounds good overall, but given the huge number of changes, this couldn't be possibly tested properly, so I would bet anything a "balance" patch will be released sooner rather than later after release

But these two are making me raise an eyebrow.

Johan said:
French Elan has been increased from 20% morale to 40%.
Click to expand...

Watch out! It's the fuzz!

Please tell me this last part is a joke. Because holy cow, why play anyone else.

Johan said:
Mercenaries
Mercenary costs have been raised across the board, to put more financial pressure on waging wars with endless waves of cannon fodder. They now cost 10 more in base price and reinforcement costs are doubled.

Your mercenaries now get priority when entering battle within their unit type. Eg: Mercenary Infantry will be deployed in the middle ahead of regulars.
Click to expand...


Johan said:
French Elan has been increased from 20% morale to 40%
Click to expand...

Holy. Crap.
Toggle signature
Check out my Let's Plays on YouTube for Hearts of Iron IV, Europa Universalis IV, and more
Join me on Twitch for grand strategy and 4x livestreams and more
​
T

The first of April is tomorrow.

Elan now 40%?
Well,can't wait.Gotta baguette the crap out of everyone.

My mistake on the French morale, it was a typo. Should say +70% morale. 4 and 7 are too close to each other on numberpad.
Toggle signature
The Three Mountains: EU4 Ryukyu World Conquest AAR
​

Finally! France's NIs catch up to their historical roots.

That's more like it. Glad to see we got this straightened out.