Hey! Everyone I am sorry for this very late dev diary today but I had a mini-vacation this weekend and yesterday in order to participate in the Ludum Dare Game Jam. So let’s jump right into the new features.

First up is an addition to the Custom Nations Designer 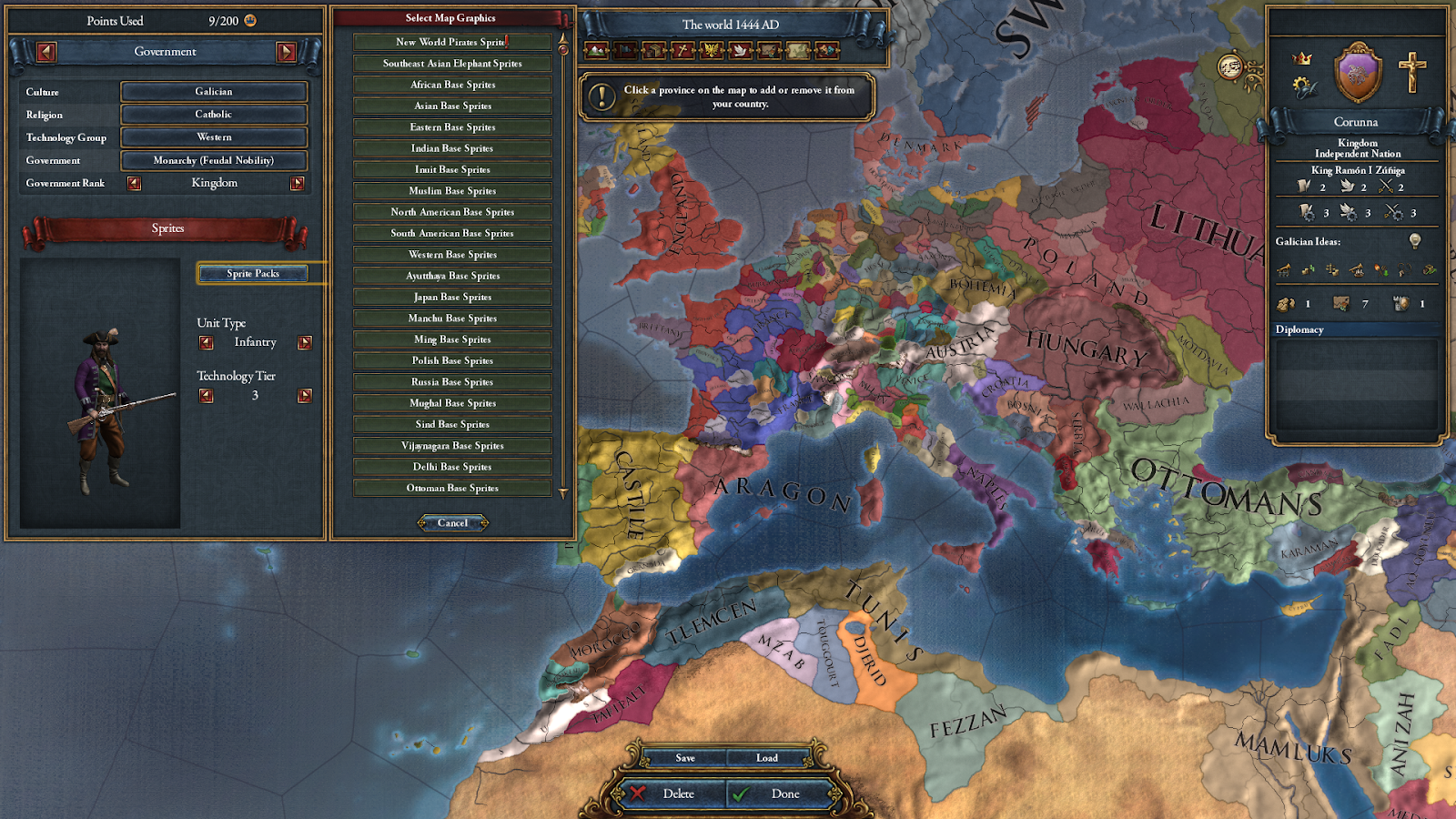 We’ve reworked the underlying sprite pack system to make it a bit easier to work with, this also enabled us to make a feature that has been requested ever since nation designers were a thing. You can now pick and choose how you want your nation's armies to look.

Now some time ago we talked about the new Revolutionary mechanics coming with the Emperor and we mentioned that we weren’t happy with the effect of the Revolutionary Zeal. I think the phrase that I used was that they weren’t “sexy enough”. 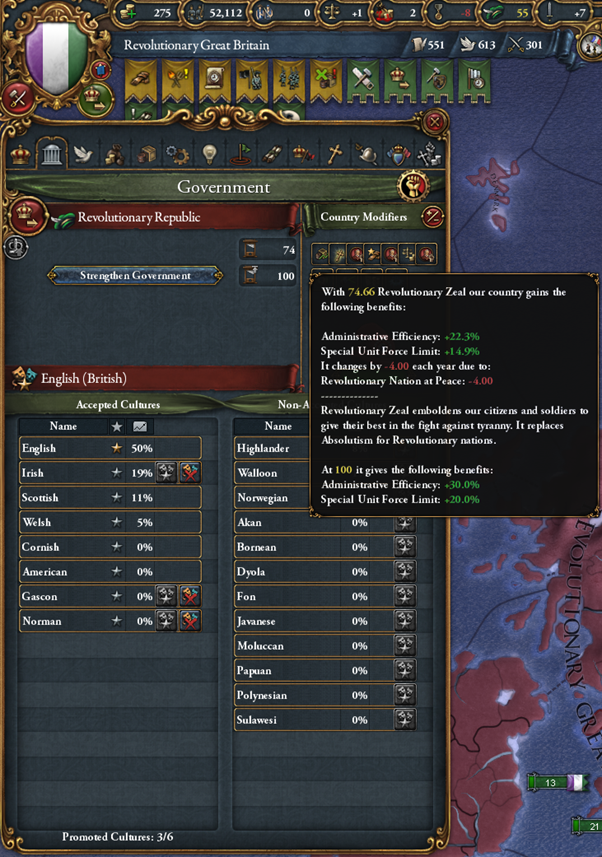 So for one, we moved the Reform Progress Gain that the Revolutionaries would get to the Republican Tradition value to help both Republics and Revolutionaries. Instead we put Special Unit Force Limit there as we will be giving all Revolutionary nations access to a unique unit type. 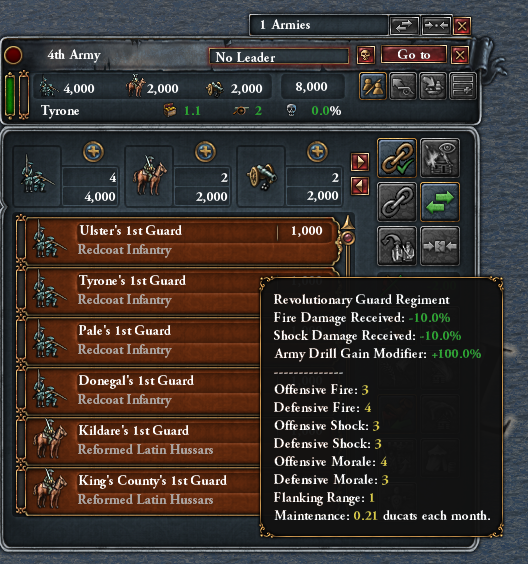 These are the most zealous revolutionaries in your armed forces. Formed to guard the nation against the reactionary threat of King’s and their lackeys. They can be built as Infantry, Cavalry or even Artillery.

These units can also be upgraded and made either more plentiful or be given more elite training for a higher cost.

Next week’s development diary will be focusing on the great Kingdom of Bohemia and the Hussites.

And before I leave you for today, here’s the cavalry unit from the best sprite pack now available in the nation designer. 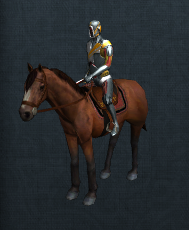 Is it just me or do these maintenance penalties completely invalidate any use in obtaining these training bonuses?

Other than that, cool, I guess

Bit of a tangent, but for the random nations mode, which uses randomised custom nations, will they start using the alternative graphics here too? (Also will they start using local versions rather than completely random ones? it seems kinda silly when have the HRE is using north american graphics tbh).
Toggle signature
"There is no such thing as an unbiased argument - indeed, facts support bias', or else they wouldn't exist." - Grand Historian

Is that really GB's tricolour!?
R

I really wish you could mod non-tricolour alternatives for Revolutionary Countries.

Groogy said:
Now some time ago we talked about the new Revolutionary mechanics coming with the Emperor and we mentioned that we weren’t happy with the effect of the Revolutionary Zeal. I think the phrase that I used was that they weren’t “sexy enough”.
Click to expand...

Who'd want to go revolutionary if it means getting an ugly flag like that.

Groogy I prefer Elphants or Camels as Horde units

This has now been the 53rd dev diary on Emperor alone, it's been going on since 18th December 2018, pleaaaase pleaaaase just give us a release date T-T I can't take it much longer. Q.Q
Reactions:

It's not. I think this may have been revealing that you can customize your revolutionary tricolor. Now if only we were able to make it both French style and Dutch style. I want more dutch style tricolors.
R

I also see Revolutionary Zeal doesn't have as much Admin Efficiency as Absolutism. I guess when you have the Super-CB it compensates for that though.

Would be great if we could have some pre set revolutionary flags. Except for France, most of them look really terrible (like the British one in the preview screenshot).

Is it still possible to correct Brandenburg areas? Prignitz should be part of Brandenburg, Uckermark part of Pomerania.
Areas as they should be:

Uckermark was integrated to Brandenburg only in 1448, before changed hands frequently, but mostly Pomerania. While Prignitz was part of even Brandenburg's precedessor, the Nordmark. A core territory of the Margraviates.
https://en.wikipedia.org/wiki/Uckermark

El_Cid_ said:
Who'd want to go revolutionary if it means getting an ugly flag like that.
Click to expand...

That is not the default flag for Great Britain. Great Britain has a default revolutionary flag. This actually implies you'll be able to customize possibly...? Now if only they made it so that forming a nation after you've gone revolutionary didn't make your flag totally white.

Parmelion said:
Would be great if we could have some pre set revolutionary flags. Except for France, most of them look really terrible (like the British one in the preview screenshot).
Click to expand...

We have had pre-set revolutionary flags ever since the revolution system was expanded to include countries other than France. We literally always have. Great Britain DOES have a preset flag. I think you're taking entirely the wrong message from the screenshot. It's a non-preset flag for a country that does have a preset. Since they showed it off it implies you can customize the flag. 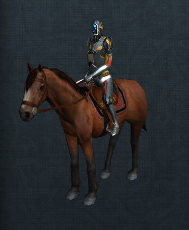