Fantastic bits and where to find them
Hi everyone, I am Lorenzo aka Duplo aka The Battlepope aka The Caped Crusader and I am programmer on our beloved Europa Universalis 4. You may have seen me in the Dharma Dev Clash, struggling to spread Catholicism and occasionally getting betrayed by fellow Italians and wrecked up by Venice AI

In these last weeks we announced that 1.28.3 was the last Europa Universalis 4 release supporting 32-bit, since we are moving toward 64-bit. I thought it would be nice to give to all of you an insight of what this means, what to genuinely expect in the near future and what to definitely not expect.

There's been a lot of fuss about 64 vs 32-bit apps lately. But what is all of this about?

It is no mystery that Apple decided to deprecate 32-bit apps in MacOS 10.14 "Mojave" (2018) in order to drop the support completely in the future: they are doing an amazing job reminding us about this every time we launch Steam or our beloved Europa Universalis 4.

What may be less known is that while 32-bit apps may still run on the latest MacOS release the new development environment was stripped out of all the fancy 32-bit support, making it painful for the poor developers to even compile the game. They are trying hard to make everyone move to 64. But why?

If I got your attention so far, we can finally dive into the topic. It's going to be great.

The fellowship of the bits
When we say 64-bit, we are talking about x86-64, a CPU architecture designed by AMD of which the specifications were released in the year of our Lord 2000.

In the year 2001, the Linux kernel started supporting this new architecture, even if there were no processors available on the market yet.

In the year 2003, the very first x86-64 processor is released: the AMD64 Opteron. Several Linux distributions were already supporting x86-64.

In the year 2005, Microsoft discontinued the IA-64 (another 64-bit architecture from Intel) version of Windows XP, and released Windows XP Professional x64 Edition.

In the year 2009, Apple latest state of the of art system, Mac OS X 10.6 "Snow Leopard", was released with full support for 64 bits on the x86-64 platform. Also Windows 7 started to be loaded by default in his 64 bit version on most new computers.

In the year 2011, with Mac OS X 10.7 "Lion", Apple decided to drop the support for 32-bit CPUs, effectively starting that modernization process of their platform that last year resulted in the deprecation of 32-bit apps.

Nice. But still, why should I care?
Well, there are several reasons to actually move to 64-bit. The looming threat of deprecation on MacOS is maybe the most evident, but there is much more. The x86-64 architecture is better than its older brother, by far.

Without going too much into technical details, the advantages of going full 64-bit can be summarized in three main points:

Extended address space
64-bit applications can break the hard limit of 4 GB of RAM. By several orders of magnitude. Do you like blobbing in Europa Universalis 4? Think about how happy the CPUs would be if they could do the same with RAM. 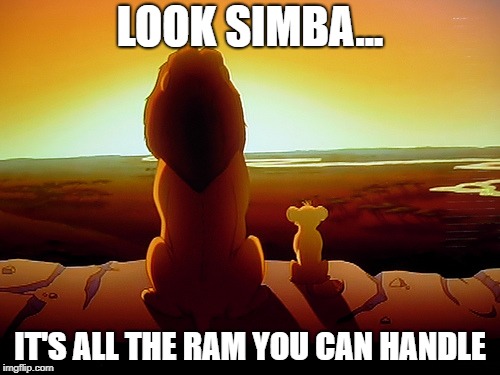 Capacity increase
64-bit registers and 64-bit enabled operands that will allow the CPU to perform trivially operations that were costly in the 32-bit architecture. Didn’t you want to find your way from Paris to Beijing in the blink of an eye? 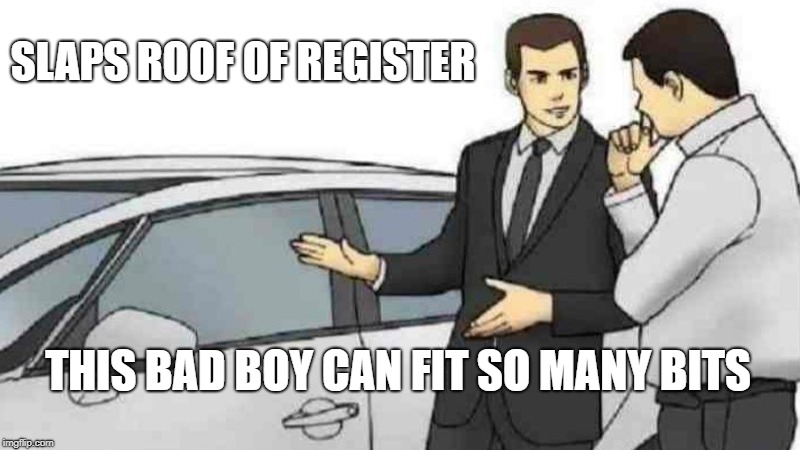 Larger number of general-purpose registers
In compute-intensive code, the 64-bit compiler will make use of these additional registers to better optimize the generated program. Russia will be able to recruit Streltsy even faster! 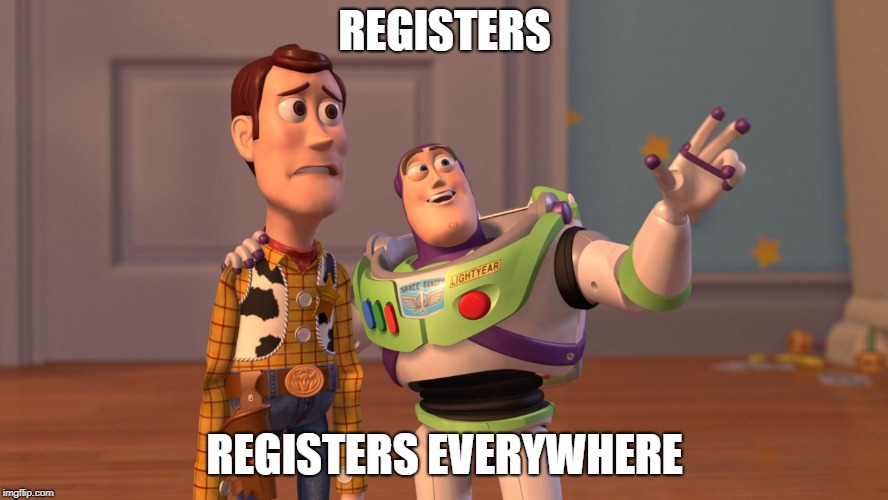 There is also another, non-technical, advantage: support. While Microsoft is not as zealous as Apple in its crusade against legacy technology, they are obviously putting most of their efforts in the new - and definitely more common - architecture. Of course the 32-bit tools are still doing an honest job, but having the chance to move to the new 64-bit ones will allow us to get advantage of the new hardware features, getting less bugs and better performances.

Wow! Great!
That said, moving to 64-bits won’t magically make the game run twice as fast, nor it will make more content appear out of nothing. While the migration to the new architecture itself will have little impact on Europa Universalis 4 at the beginning, it will put the foundation for the future development, allowing us - the programmers - to gradually try to squeeze the most out of the CPUs! But important questions first...

Multithreading when?
Really? C’mon… The lack of multithreading in Europa Universalis 4 has been a common misconception for a long time.

This tradeoff is especially noticeable in Europa Universalis 4 as the game has tons of small pieces of information to calculate, and each of them is heavily influencing the AI behavior.

There are things that can be safely executed in parallel - and indeed they are executed that way - like loading and processing data, updating independent pieces of the gamestate, cache calculations, most of AI behaviors… But there are also things that definitely cannot: pieces of gamestate dependent on other pieces to be calculated before and so on... Trying to force those interdependent operations to be executed in parallel would produce non-deterministic results - different results even with exactly the same initial state - and inconsistent data. This non-deterministic behavior can lead to the game crashing, because the data dependent for an operation might be still in an incomplete state.

A mysterious and shady voice I can hear behind me explains this problem this way: 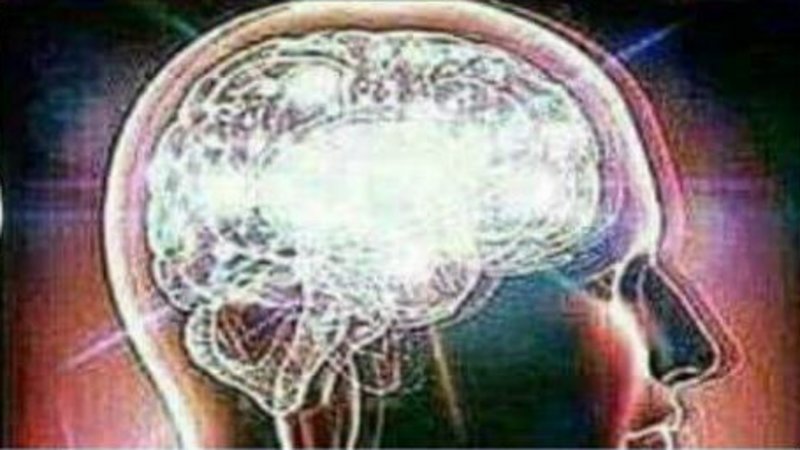 This old, but still valid Development Diary is an example of our effort to get the best performances out of our game, and the charts show how multithreading is actually a fundamental part of this effort!

If you have any question, please write them in this thread. I'll follow the discussion and try to answer all of you!

Very High Quality Memes!
Jokes aside, keep up with the good work!

Eeeeehm, there's one question: WHEN?

+++++ game faster
---- apple user will be allowed to continue to play this game
Overall upvote, but just because you are Duplo

So it took several weeks to produce a dev diary that's explains what 64-bit means, but doesn't give any technical details relating to EU4?
Toggle signature
I sometimes stream achievement runs and stuff.

This isn't a dev diary, this is how a year one CS student would explain the advantages of 64-bit architecture using last year's memes.
Last edited: Feb 19, 2019
Toggle signature
"Fekke was right" -DDRJake, May 18 2015

Yes ofcourse, because their work is just to produce dev diary, then, after the DD, the game will modify on his own to keep the peace with their ideas
R

Fekke said:
This isn't a dev diary, this is how a year one CS student would explain the advantages of 64-bit architecture last year's memes.
Click to expand...

This is so annoyng, why are you complaining, they are switching from 32 to 64 bit and to make people like you not complaining of " omg omg no 34253453245 province added to my country, this patch suck " they have explained ( very well I would say ) what they are working on and why.

LordKensis said:
This is so annoyng, why are you complaining, they are switching from 32 to 64 bit and to make people like you not complaining of " omg omg no 34253453245 province added to my country, this patch suck " they have explained ( very well I would say ) what they are working on and why.
Click to expand...

I am applauding the move to 64-bit architecture. This is just a bad DD. End of story.
Toggle signature
"Fekke was right" -DDRJake, May 18 2015

He said that it won't change anything by itself and the game will run at the same speed (and possibly consume more memory).

Eventually it will lead to better performances as the game will be refactored to exploit the larger RAM and registers. I think that when they'll figure out how to do this we will have a DD explaining what they did and how they did it. But for now it's understandable that there isn't much to say.

LordKensis said:
+++++ game faster
---- apple user will be allowed to continue to play this game
Overall upvote, but just because you are Duplo
Click to expand...

What do you have against mac user?

C'mon guyz, why so much negativity. DD explains why they moving to 64b and benefits of it. There's nothing to show gameplay-wise yet.

Fekke said:
If his job is making developer diaries then he obviously isn't very good at it.
Click to expand...

Because a programmer job is just writing Developer Diaries right?

So:- Just EU4, or will this be rolled out to the other Clausewitz games?
(Imagine the huge galaxies under 64-bit Stellaris. IMAGINE!)
Toggle signature
"Nature always obeys her own laws" - Leonardo da Vinci
"Giraffes are heartless creatures" - HOI4 loading_tip_6

Upgrading to 64 is like moving into a giant mansion from a cupboard under the stairs, things like this will take time to move your furniture around to make use of the new space. What percentage of the EU4 community is still using 32bit OS?
Click to expand...

I've noticed that some graphical settings like shadows, trees and rivers are quite CPU intensive (which may be a harsh legacy of DX9), and EU4 doesn't utilize much of my Radeon's 290x resources at all.
Toggle signature
Ukrainian Lands at the 16-18th Centuries Maps
[EU4] Multiplayer Rebalance Mod (MPR by ZP) [SteamWorkshop] - a mod designed for MP fans by an MP fan

As someone who's been in IT for nearly thirty years, done a bit of machine language programming, and understands a bit of what CPUs are doing each clock cycle and why bits are important... this DD is damn cool
Toggle signature
"All that I have written seems like straw compared to what has now been revealed to me." - Thomas Aquinas
Show hidden low quality content
You must log in or register to reply here.
Share:
Facebook Twitter Reddit Tumblr WhatsApp Share Link
Top Bottom