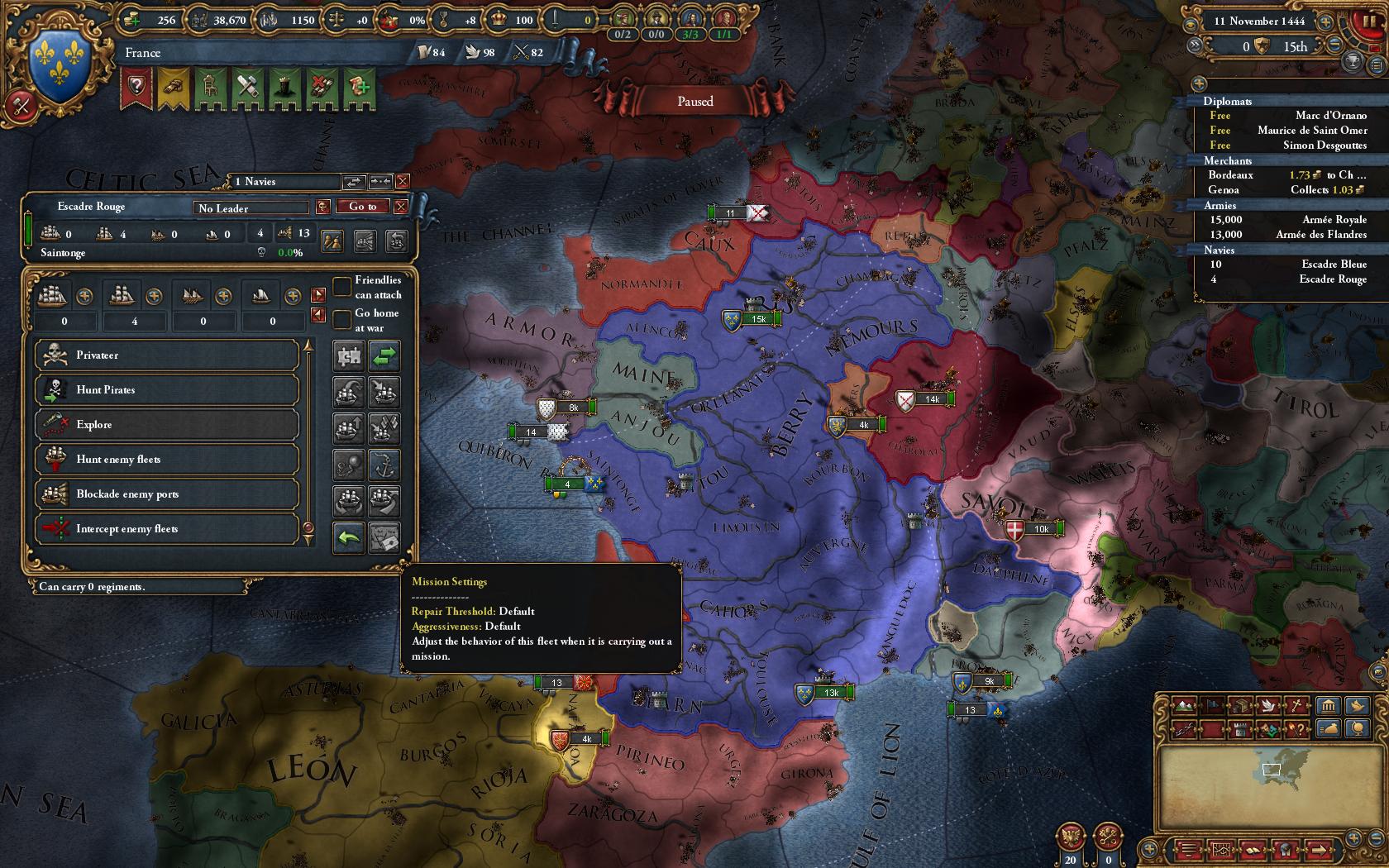 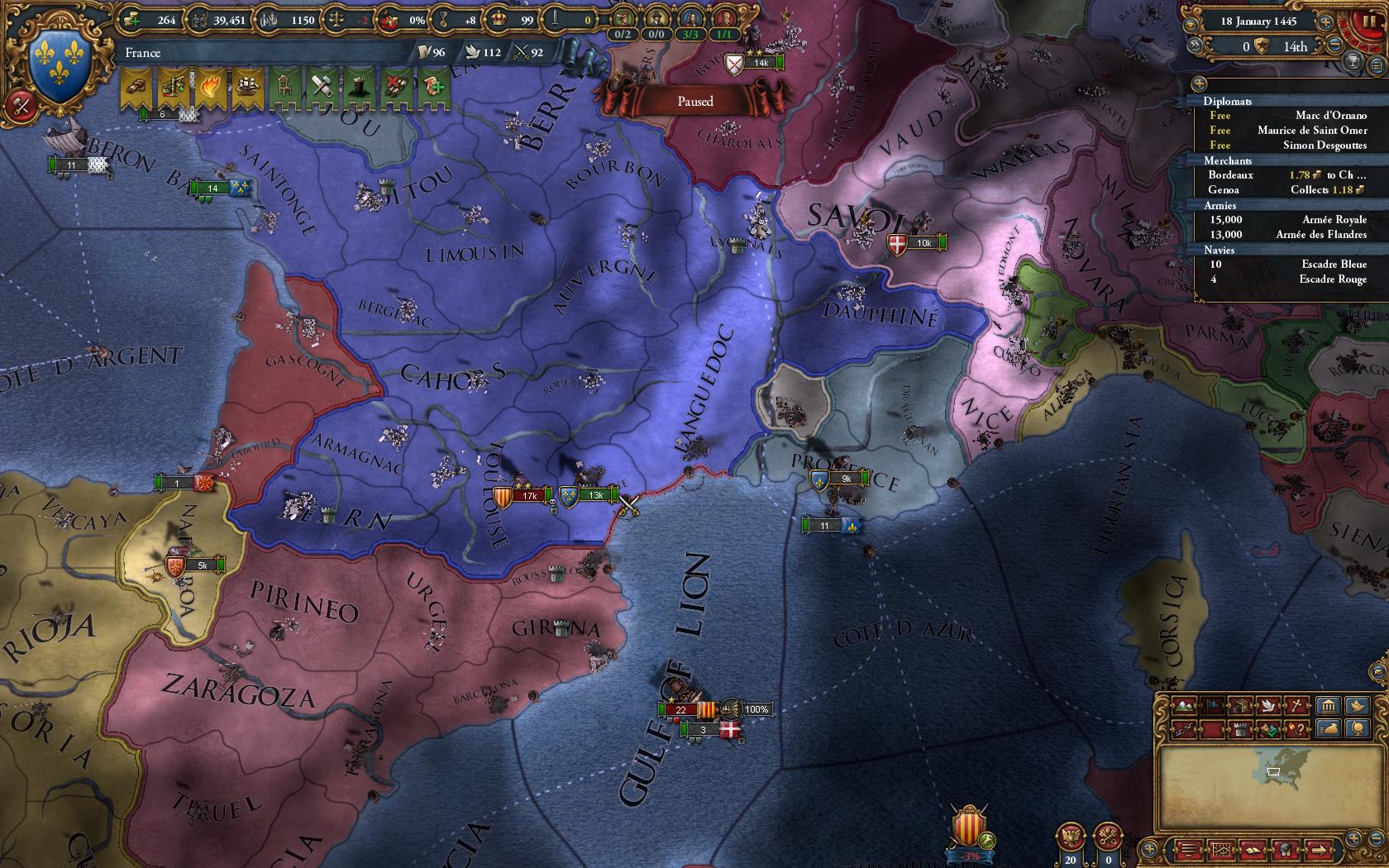 Stay tuned, because next week, we’ll tell you all about condottieri !
Last edited by a moderator: Mar 10, 2016
Reactions:

Can we please get a checkmark option for "dont capture enemy ships ever" ? My OCD triggers every time I have 100 heavies and 1 captured transport in a fleet.
Last edited: Mar 10, 2016
Toggle signature
My biggest passion in Paradox grand strategies is creating superstates. These are my postworthy creations so far:

Possibly including a separation of naval and land military commanders?
Reactions:

This is great stuff =)
I love playing around with fleets and the changes you're going to implement will make it pretty sweet!
Toggle signature
The blood of heroes is closer to the Lord than the ink of scholars and the prayers of the pious.
Reactions:

EDIT: Also, is it still possible to manually order fleets around?
Reactions:
S

Sound like it makes fleets a lot more autonomous in a fun way.
Color coding blockades looks cool but I worry that it'll be lost wasted on red/purple nations
Toggle signature
Boycotting Paradox until they send me a nice gift and tell me everything's gonna be alright
Reactions:

Naval Blockade Icon can be confused with land battle. I think It needs a different Icon. To be different, Naval themed.
Reactions:

Sadly no, and this option does not seem very useful. When I'm blockading, I don't have a leader for each small fleet and I let my admiral in the main stack who is big enough to blockade at 100% by itself.
Reactions:

I'm pretty sure that icon is there because an Aragonese army is about to attack a French one, and not actually related to blockades.
Reactions:


and imo, having the ability to assign admirals at sea is... an odd feature for a dlc.
Reactions:

Edit: I accidentaly a typo. Of course I meant to say crossed swords are for the land battle and naval blockade is shown by red border. I meant to correct you on technicality and made a mistake of my own.
Toggle signature
My biggest passion in Paradox grand strategies is creating superstates. These are my postworthy creations so far:

Are there any plans to change the "exploration feature" which was added in El Dorado? (iirc). Because it is boring and 100% ahistorical to see ALL the land and sea regions in the world discovered by 1550. With the old system, you had at least to wait until 1600/1650, which, even if not accurate, was better. I think exploration voyages should cost a good amoutn of money. That way players wont simply click, click and clikc unitl everything they can discover thanks to their trade range is discovered.
Reactions:

Or the mentioned split of naval and land leaders.
Toggle signature
Meow.
Reactions:

And that's all? Well I expected more naval combat improvements.... Other than that it seems ok, I guess.
Toggle signature
The cake is a lie.

Why the nerf? Now some of the pips one could get from high tradition will go to a useless stat and I bet that there is an idea that increases it in the Naval or Maritime group.
Toggle signature
Sit now there, and look out upon the lands where evil and despair shall come to those whom thou allied. Thou hast dared to mock me, and to question the power of France, master of the fates of Europe. Therefore with my explorers thou shalt see, and with my spies thou shalt hear; and never shall thou be released from vassalage until all is fulfilled unto its bitter end.