Jump to latest Follow Reply
Menu
Install the app
You are using an out of date browser. It may not display this or other websites correctly.
You should upgrade or use an alternative browser.
Crusader Kings III 11406 MP Open Beta Feedback 21 Bug Report 6914 Tech Support 825 Multiplayer 90 User Mods 1021 After Action Reports (AAR) 152 Suggestions 2812
Previous dev diary Next dev diary
Show only dev responses
Hello everyone!

In this dev diary it is time for us to have a look at some of the artifacts that you may come across, steal or create yourself for your Royal Court. With the introduction of the new throne room scenes we are for the first time in Crusader Kings taking a step into the interiors of our courts. This has given us an opportunity to move artifacts from only being seen as 2D icons in an inventory screen like in CKII, to being visual 3D objects you can show off to increase the grandeur of your court, or give it your own flair.

Also, as always, the pictures in this dev diary are of work in progress.
​

Artifacts presented in your court​

Within your court you will be able to show off the artifacts in your possession, from the smaller artifacts on pedestals and reliquaries holding the venerated remains of saints, to fine martial weapons forged or taken, to grand statues or fine furniture. These artifacts can be equipped in a number of slots around your court rooms for viewing of the ruler and his guests. Below is a small selection of the smaller artifacts, usually presented on different pedestals befitting your court.​ 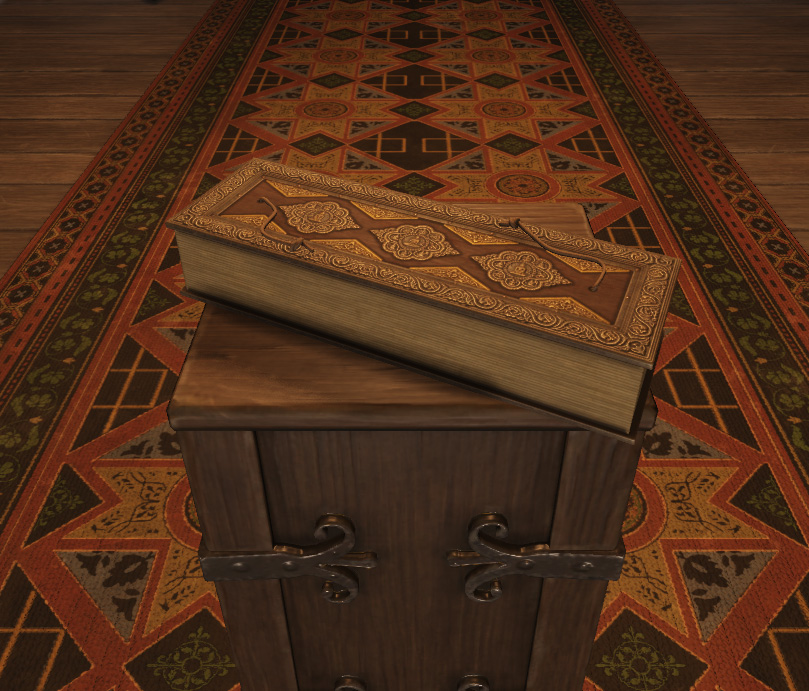 A Pratiharan volume about revelry. 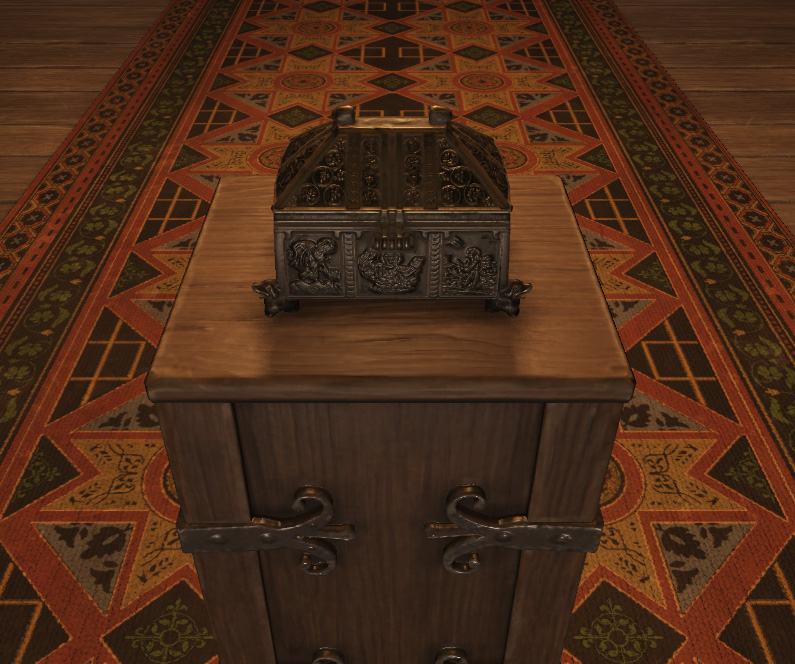 A reliquary containing a piece of the crown of thorns, you think. 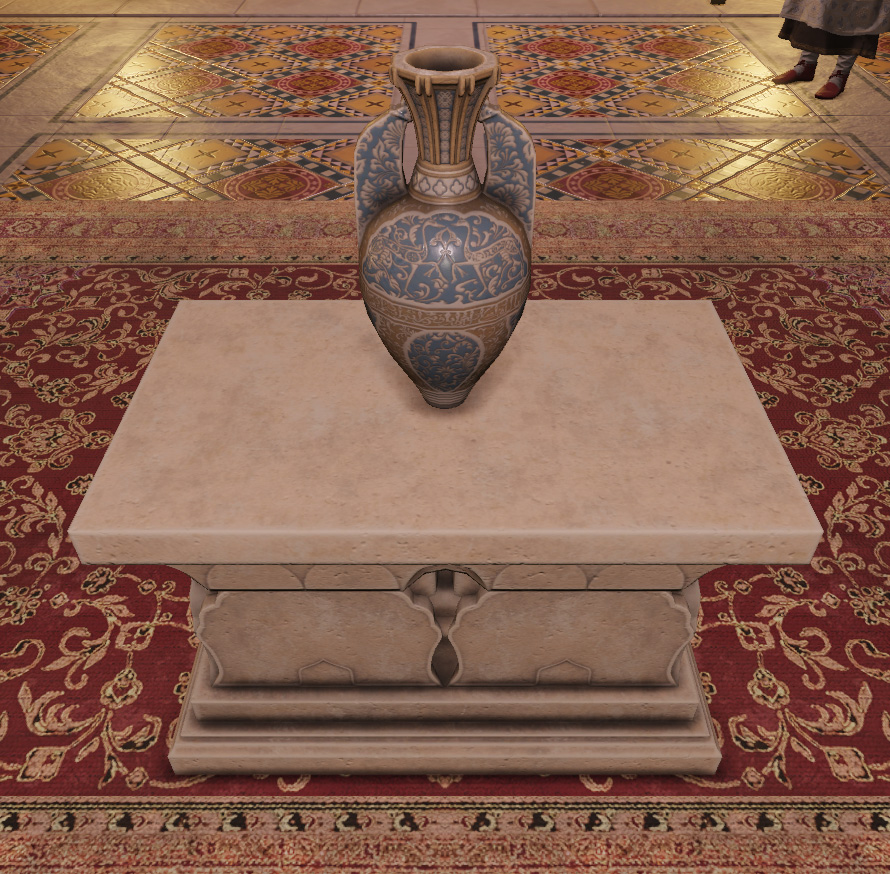 A fine urn taken from the Abbasid court. 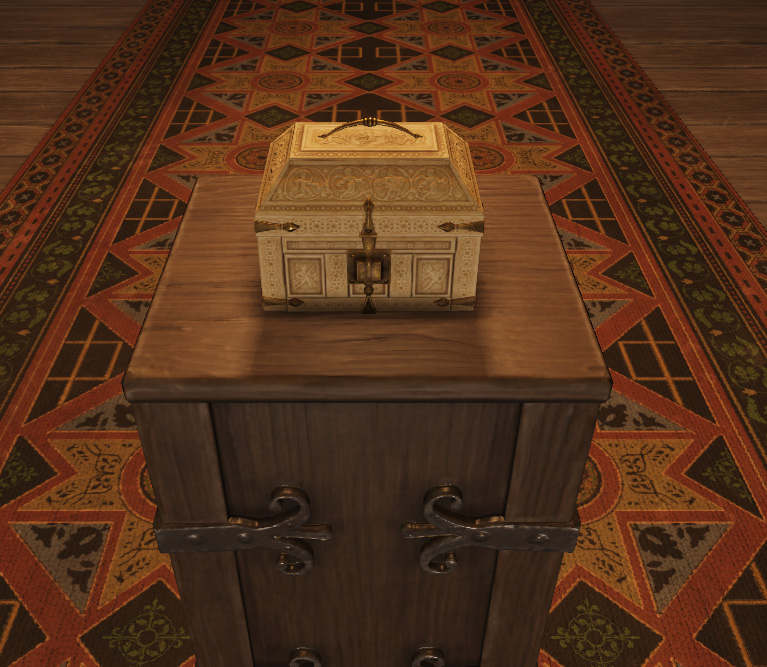 A chest of valuables made in the finest of ivory
​

Designing artifacts of the middle ages​

The artifacts we’ve added to the game cover a variety of different categories, small and large, and even to adorn your walls. The creation of these artifacts have gone through a few stages of development before making it into the Royal Court.

Research
As in all our games we go through a stage of historical reference hunting to find artifacts relevant to the time period and within the cultures we are depicting. This can be both easy at times and complicated at others depending on the amount of material that has survived the decay or been documented since the middle ages.​

Carved and painted Ivory chests.​
During this stage we both look at the aesthetics and historical references we can find and verify. When references are sparse, we still try to extrapolate good looking and aesthetically plausible designs. However in some cases like in the Middle East and other areas there is for example close to no and at best sparse levels of statues or paintings of people. Depending on where this can be for religious or cultural reasons and in those cases where other cultures would show human statues, we’ve instead shifted to area appropriate symbolisms, patterns and art.
​ 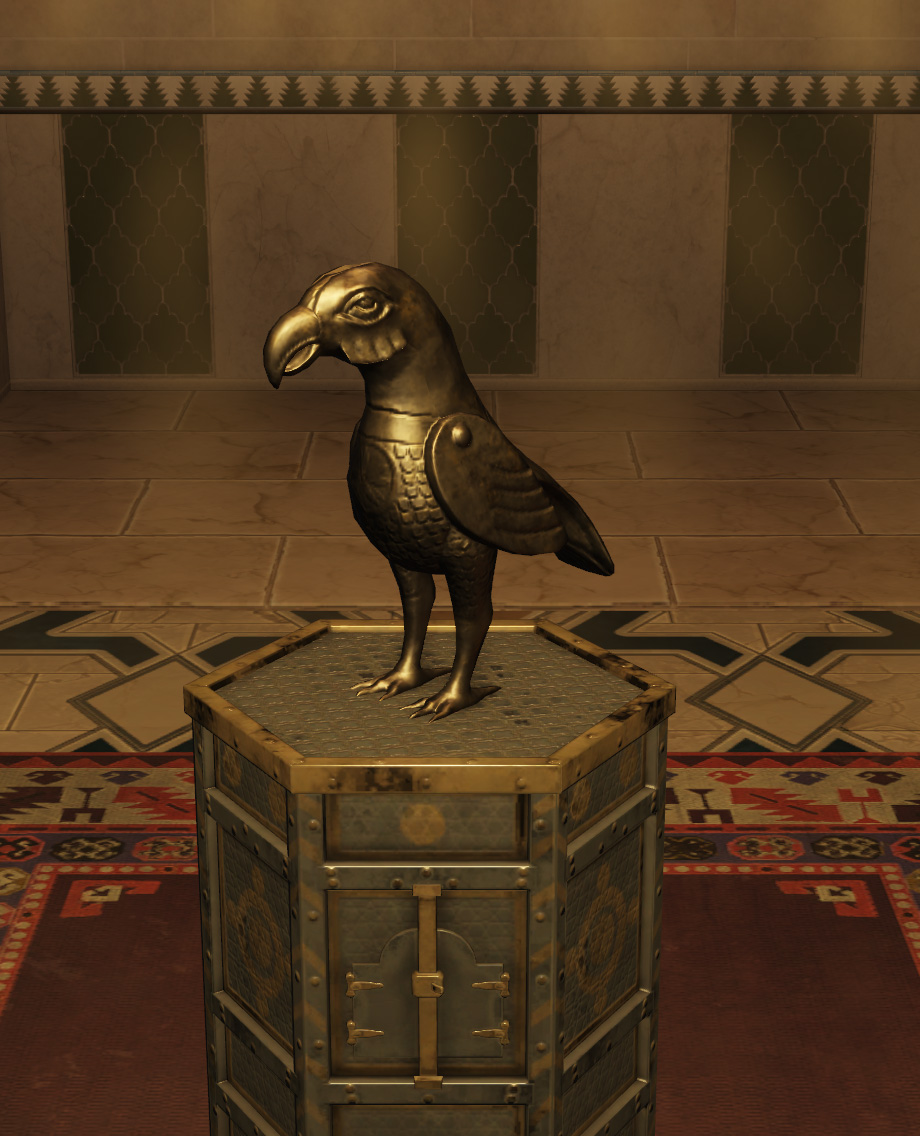 A marble statue from southern Europe, and an islamic golden falcon.
​
Creation
While using reference images is an easy task to do, we must also consider the original state of the artifact, since a reference from today could be of a possibly 800 years or more old object. So grime, damage and aging needs to be reconsidered and balanced, while still keeping the object in a used looking state. An artifact could still be owned by a ruling family for long enough to become an antique in its own time. 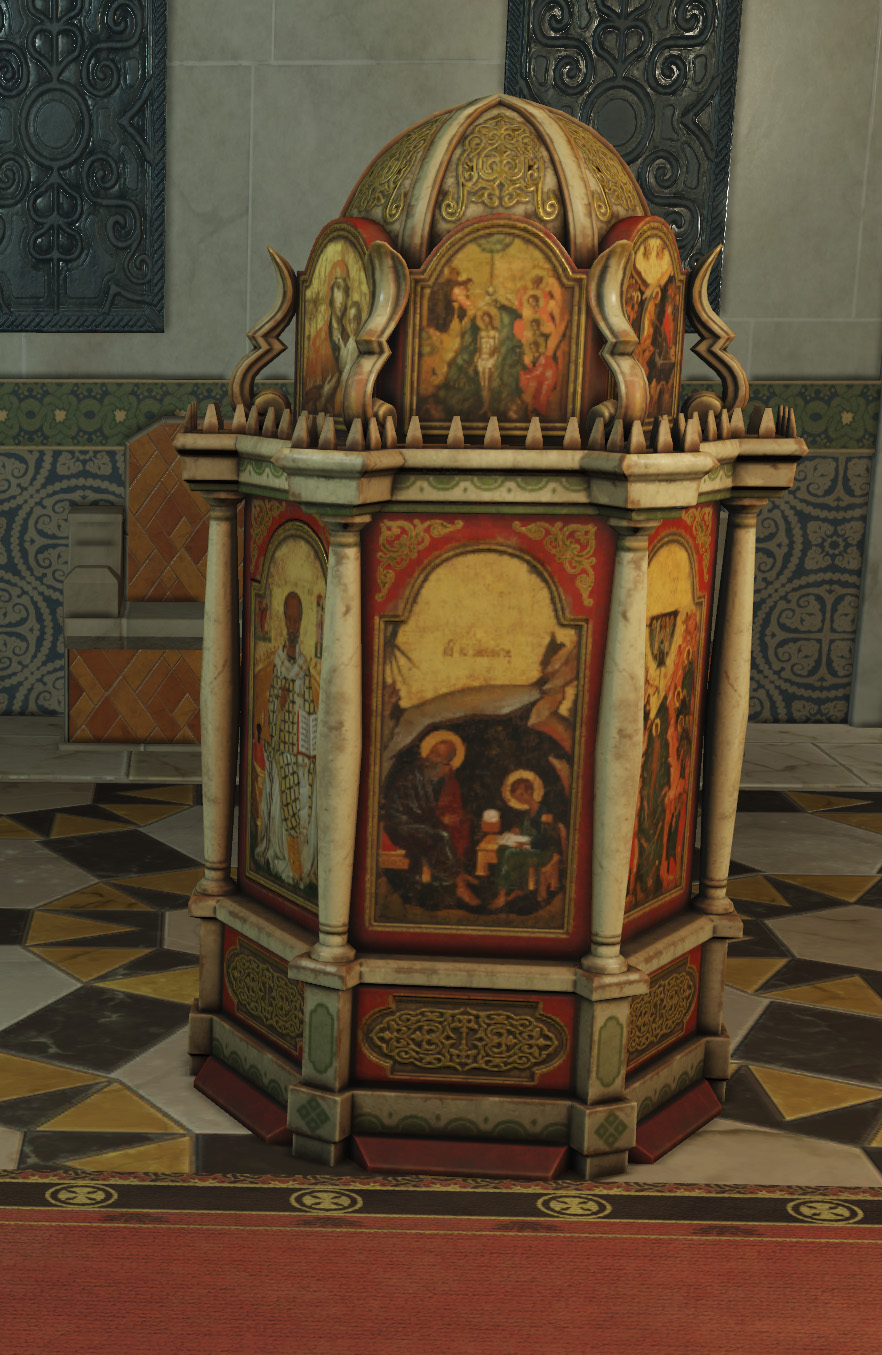 Banners and some other items in the court have shader support to show the ruler's own flair, since they would be made to the ruler's specifications. The banners below for example read in the primary title held by the ruler to show off your heraldry.​

What is a lord without his banner to display his Coat of Arms?
​
There are also tapestries, where we use a similar system to the clothing shaders to generate interesting patterns and designs to adorn those stone walls in your great halls.​ 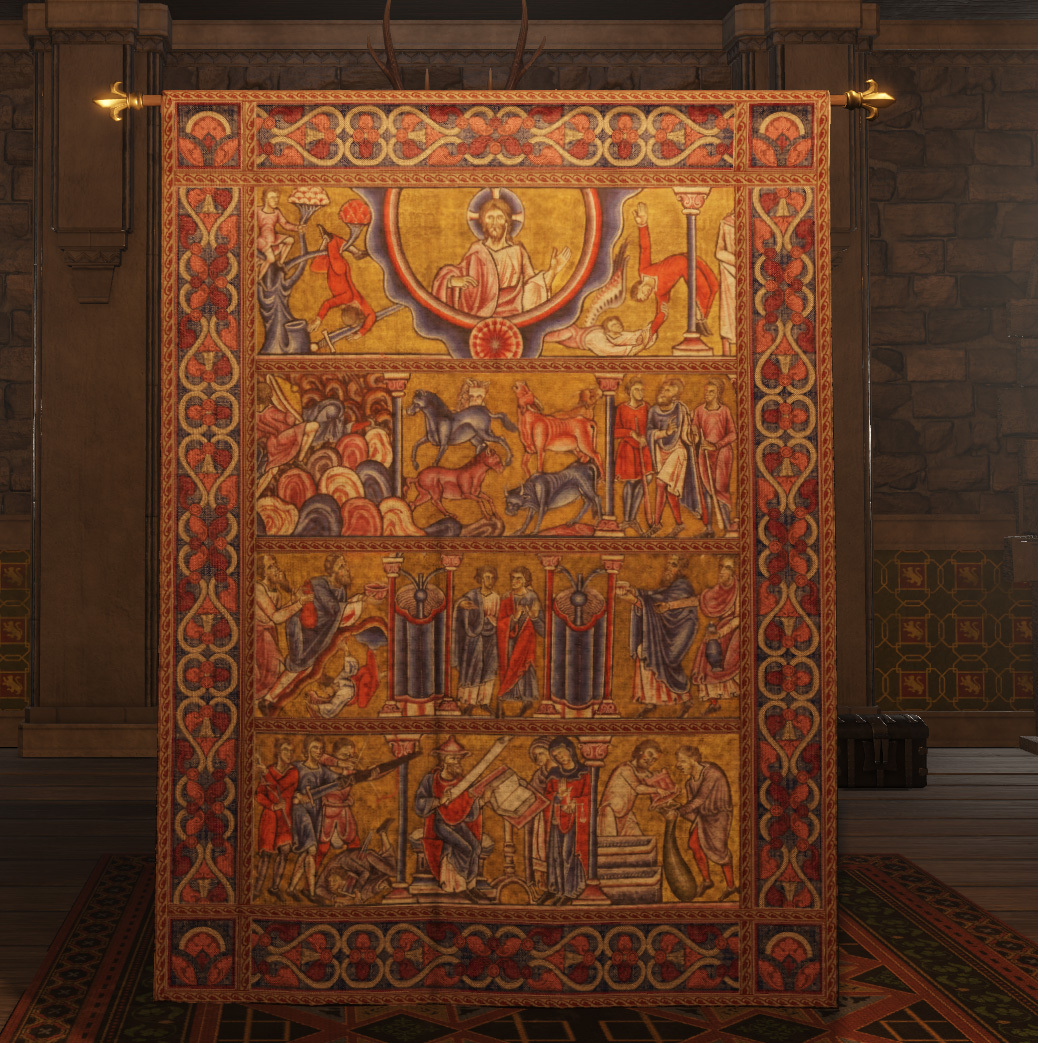 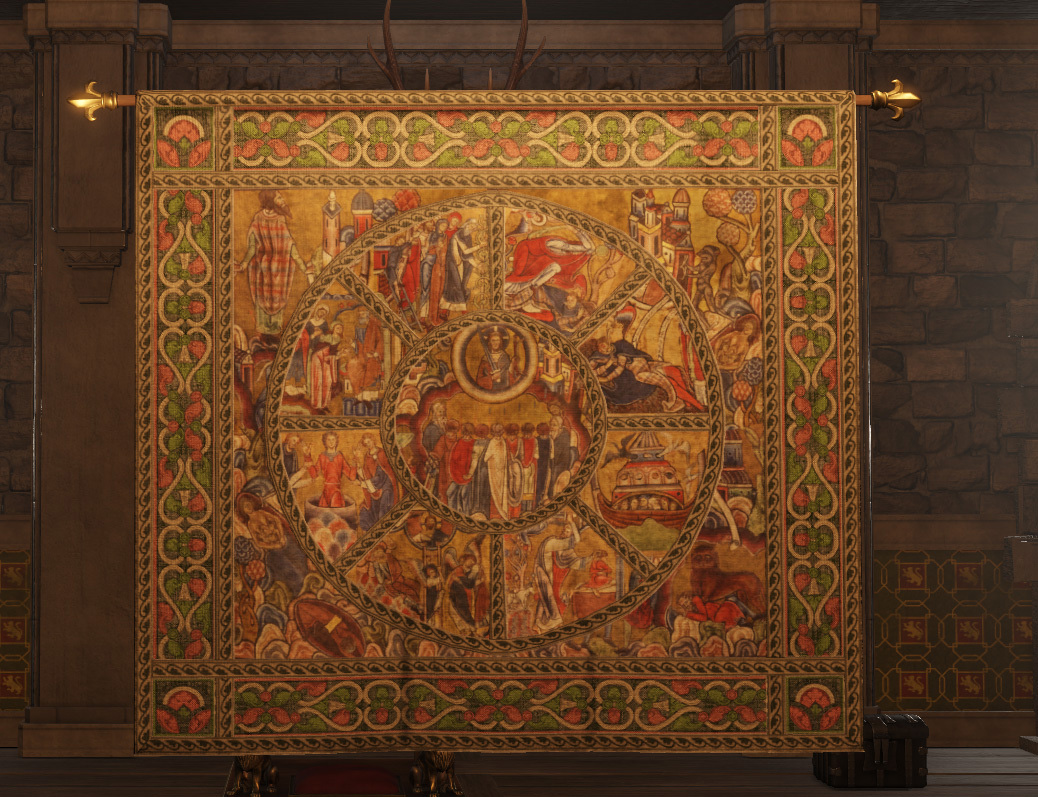 Bringing some color to the hard stone walls in your halls.
​
And that brings this dev diary to an end, we will be showing off more of the courts in the future!

The throne room is here!

Is there an artifact limit per ruler?
Reactions:

Short but really cool, will the flags show off your title COA? Your House's? Your Dynasty's ? All three?
Toggle signature
Last words are for fools who haven't said enough
Reactions:

With all those customization options, please allow us to choose our clothing colors to make them fit your CoA, throne room, personal taste, etc

Not talking about full customization, there's a number of set colors for your clothes you can get. But they are random and can't be changed even with save editing (afaik). Please let us chose before those set colors
Reactions:

omg, what the art
Reactions:

The other artifacts look great, but the height to width ratio on this book looks a bit off to me. I can't recall ever seeing a book that was 3x taller than it was wide.
Reactions:

1) Do these artifacts have any bonus/mechanic while in the inventory or they only affect grandeur while they are in the throne room?
2) Can you display all artifacts you aquire or only certain ones?
3) Can weapons be displayed or they stay in the inventory (if not in inventory do they still affect combat stats) ?
4) How inventory differs from CK2?
5) Is there a possibility to instead of putting reliquary in the throne room we create shrines for example in temple barony holdings of the county we control and transfer reliquary to it thus getting some bonuses while protecting it from raiders etc.?
Toggle signature
Mega suggestion thread for more immersive CK3 (Holdings, Navies, Councils, Artifacts etc.)
Reactions:

As in animated scenes ?

Will this be modable ? If so there sooooo much potential
Toggle signature
Last words are for fools who haven't said enough
Reactions:

Looks awesome, very much looking forward to this expansion! Will there be some historical artifacts that are known to have been in possession of certain rulers/dynasties or just randomly generated one?
Reactions:

Is the team working on customizable Forms of Address as well?
Toggle signature
CK3 Suggestions:
I will sell my soul to get customizable forms of address in CK3
Reactions:

If we could use that same shader support to feature heraldry on surcoats I would be a very happy chappy.
Toggle signature
per fess argent and vert a dragon passant gules
Reactions:

Will there be some unique artifacts that only one person can hold?

Great DD. Quick question tho... Will characters be able to hold small artifacts (like a book or a statuette) during events? And can artifacts include clothing (such as a crown, a ring, etc.) that will be wearable on our "everyday" portraits?
Reactions:

Very nice!
The only things I‘m missing is a classic tv table and a baby‘s changing unit. Both in rustic oak P43.
Reactions:

Who else is watching more to the background to see what the throne room looks like than looking at the objects!
Reactions:

Obviously it's ... of the highest quality.

> Banners and some other items in the court have shader support

Would you guys be able to inform us if these Shader Support additions extend to the portrait system (clothes, accessories)?

As in, would it now be possible, if a modder wanted to, to use this COA system in order to create Coat of Arm Tabards, (so our wonderful knights and soldiers can wear the wonderful coat of arms into battle) which pulls dynamically from the players coat of arms,

In my mods such as the Kingdom of Heaven, I've been manually texturing these, but from the dev diary it sounds possible in the throne room, but wondering if it made it to the portraits as well.