Jump to latest Follow Reply
Menu
Install the app
You are using an out of date browser. It may not display this or other websites correctly.
You should upgrade or use an alternative browser.
Cities: Skylines 5965 Support & Bug Reports 7841 Suggestions & feedback 2974 Modding & Resources 1871 Official Information & Announcements 139 City Journals and Let's Plays 481 Cities: Skylines Console & Windows 10 Edition 884
Previous dev diary Next dev diary
This week we have been enjoying the real Finnish winter with proper cold weather. You know, the kind that rips your face off when walking outside. We are also working on some super cool stuff I’m not allowed to tell you guys just yet, so I’ll give a little peak to our lives outside of the office.

Our Colossal teams have signed up to a Kyykkä tournament next Saturday. Um, what’s that?

Kyykkä, also known as Finnish skittles, is a traditional Finnish sport originated from Karelia. The basic idea is to knock small wooden cylinders called kyykkä out of your team’s game-square by throwing sticks (karttu) at them. Karttu is a little bit like a baseball bat, just heavier. One team has four players and the team which has removed more kyykkäs wins the game. Here you can find the rules in Finnish, English and German.

The tournament we are going to is against other companies in Finland. It’s an easy-going event where your best friend is hot mint chocolate. Our team will also look fantastic with these Chirper hats! 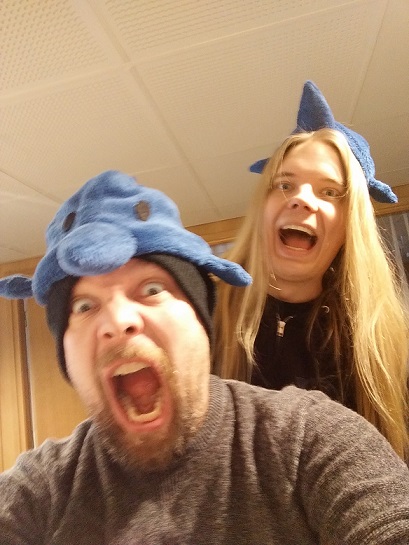 Hans and Janne are really into kyykkä.

At the same there will be also student tournament that brings about 4000 students to Tampere University of Technology campus. Check out a video from the event!

You can’t really go to the tournament without some practice. Last Sunday we tried our skills with the sport that anyone can do regardless of physical shape or sport skills. Or that’s what they say. The hardest part is to try to keep your team mates safe by not accidentally throwing the karttu at them. 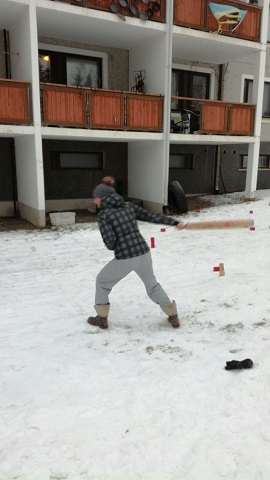 That's me Such form, much skill!

Lol it's funny but on Russian Kyykkä calls "gorodki", literal translation to English - "cities". So you should to win!

upd: oh and btw russian translation of this Word of the week is here: http://transport-games.ru/articles/news/cities-skylines/slovo-nedeli-4-62017-r234/
Last edited: Feb 10, 2017
Toggle signature
My Workshop
Donate with PayPal
M


please, give us a little glimpse on what you are currently working on we would appreciate that
I hope something great upcoming like Monorails, simulation of 4 seasons or more services (improvision like some car accidents police chases and so on)
C

I'm calling something mountain related and/or something "peaking" (rush hour traffic?) due to carefully inserted pun of having a "peak" at their lives.
Just wanted to be the first to point it out.
I

Or was that just a spelling mistake?

I can neither confirm nor deny.

co_martsu said:
I can neither confirm nor deny.
Click to expand...

As the text remains unchanged in the first post, even after it was brought to co_martsu's attention, I think it is more a confirm than a deny.