Jump to latest Follow Reply
Menu
Install the app
You are using an out of date browser. It may not display this or other websites correctly.
You should upgrade or use an alternative browser.
Crusader Kings II 69634 Bug Reports 19693 User Modifications 10528 Suggestions 5969 Tech Support 6340 After Action Reports
Previous dev diary Next dev diary
Show only dev responses

I’m Emil “Servancour” Tisander. Most of you might remember me from the update I did to Hungary and the Danube with the release of 2.7. This time however, I wanted to do something of a larger scope, and with the expansion focusing on the eastern part of the map, what better time to revisit the Middle East and bring it a much needed overhaul?

Those of you who watch the streams might already have seen most of what I’ll show you here but I’ll start by explaining what I’ve done and why.

I had a few goals in mind when I started working on the update. First and foremost I wanted to improve the overall geography and move counties to where they are supposed to be. Some having been placed much too far from their actual location (I’m looking at you Damascus). Secondly, there are plenty of titles in the region that are inappropriately named for the time period, so I wanted to go through what makes sense and what doesn’t to improve the historical accuracy as much as possible. Another thing I wanted to do was to split up the kingdom of Persia somewhat. Persia in CK2 has always been a very large kingdom. Splitting it up into several kingdoms will allow for a more dynamic experience.

Empires remain very much the same, though both the Persian Empire and the Arabian Empire have been increased somewhat in size, due to the addition of new counties. Kingdoms however, have been changed quite significantly. The following kingdoms have been added or renamed accordingly:
Added the kingdoms of Daylam, Khorasan, Iraq and Yemen.
Renamed Mesopotamia to Al-Jazira, Afghanistan to Kabulistan, Baluchistan to Sistan, Khiva to Transoxiana. 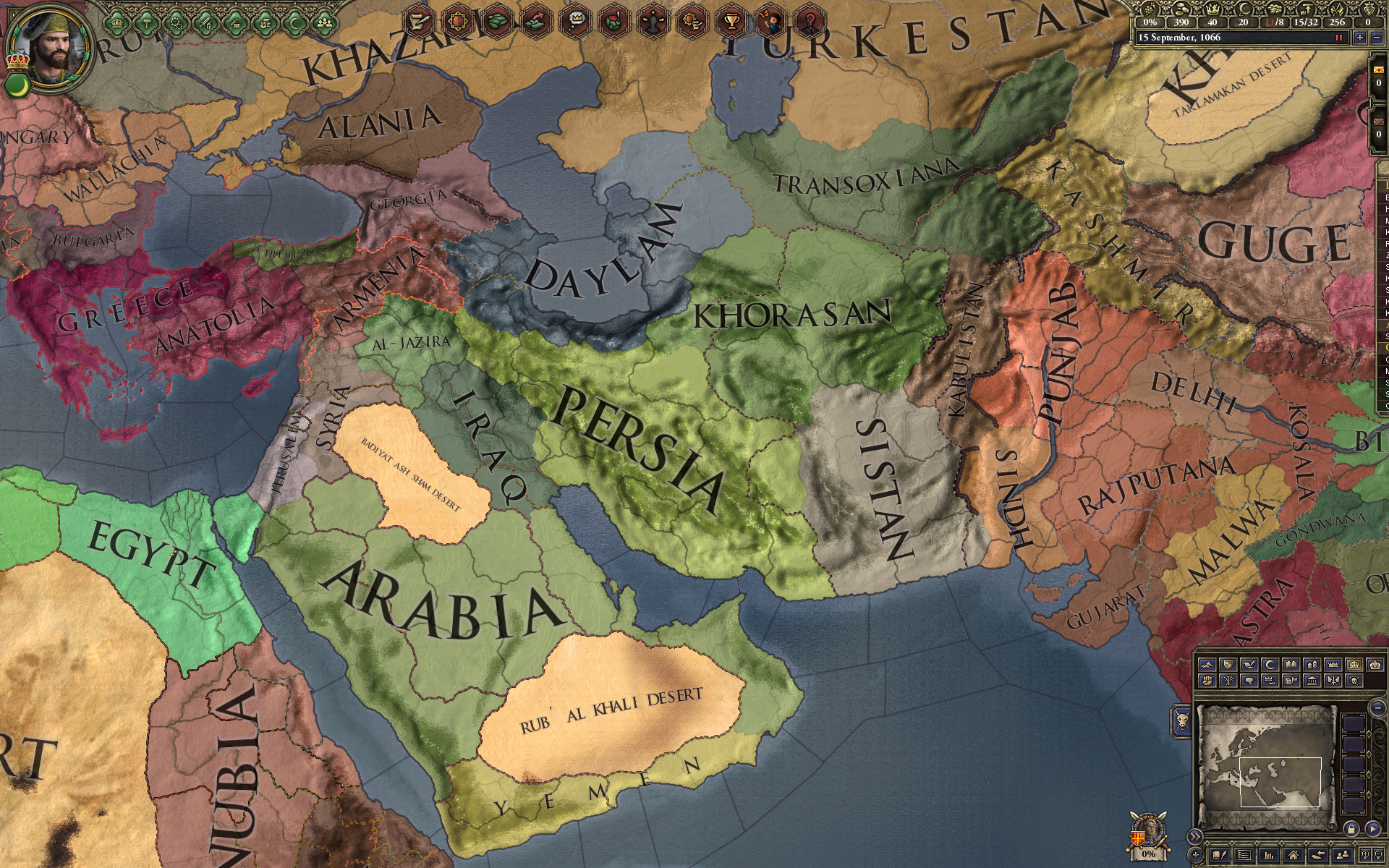 The county layout is also something that you will notice has changed dramatically. Gone are all the weirdly shaped counties, that would either look like a square or be stretched into all manner of shapes. Every single county in the region has been moved and/or reshaped. The single most noticeable addition will be the Syrian desert. Which, in my opinion, is needed to make sure that the surrounding counties can be placed and shaped properly. 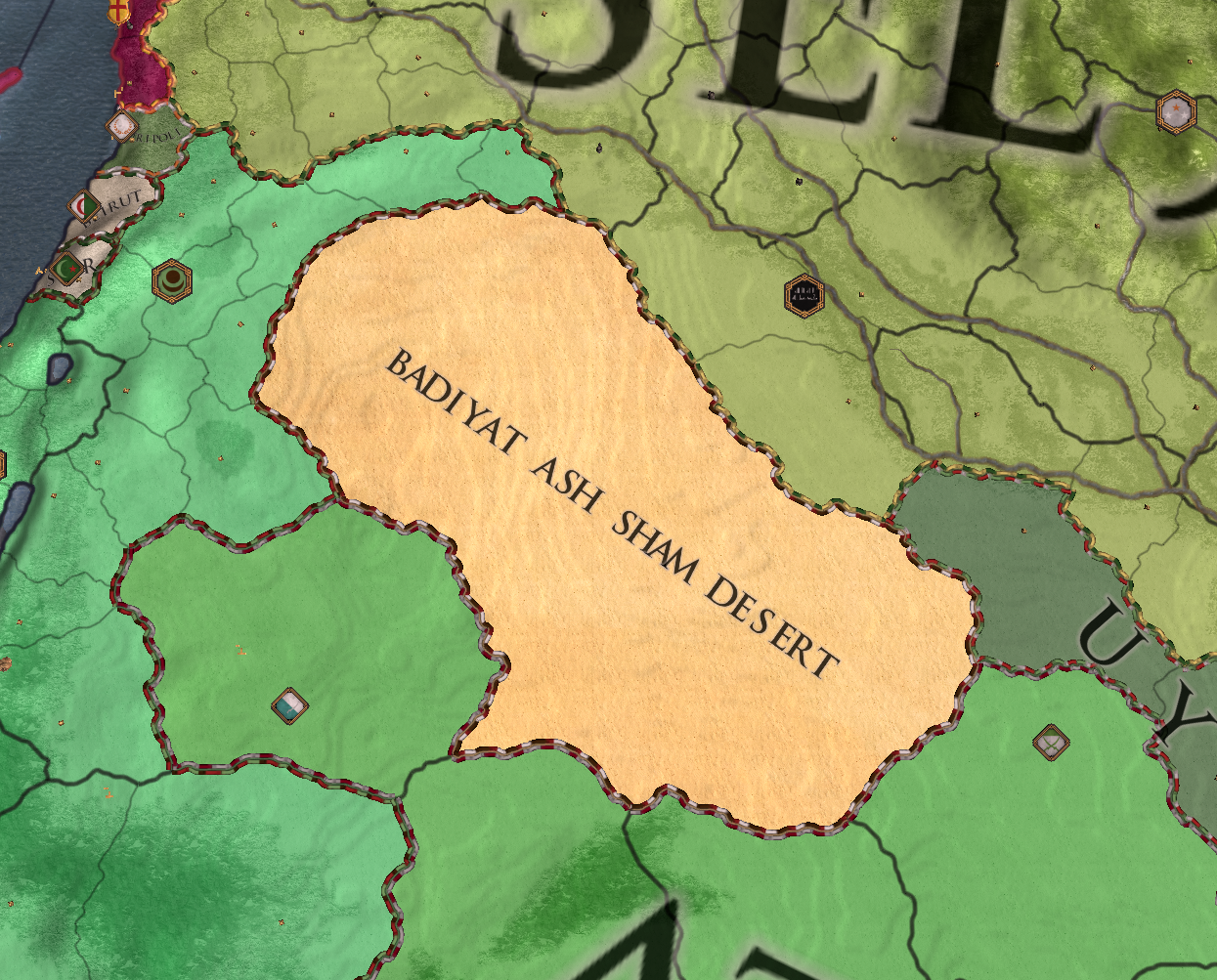 As much as I would like to, I won’t go into detail for all changes I’ve done to the counties. But I’ll highlight some of the more major ones.

Both Fergana and Khuttal are now full-fledged duchies, with three and four counties, respectively. 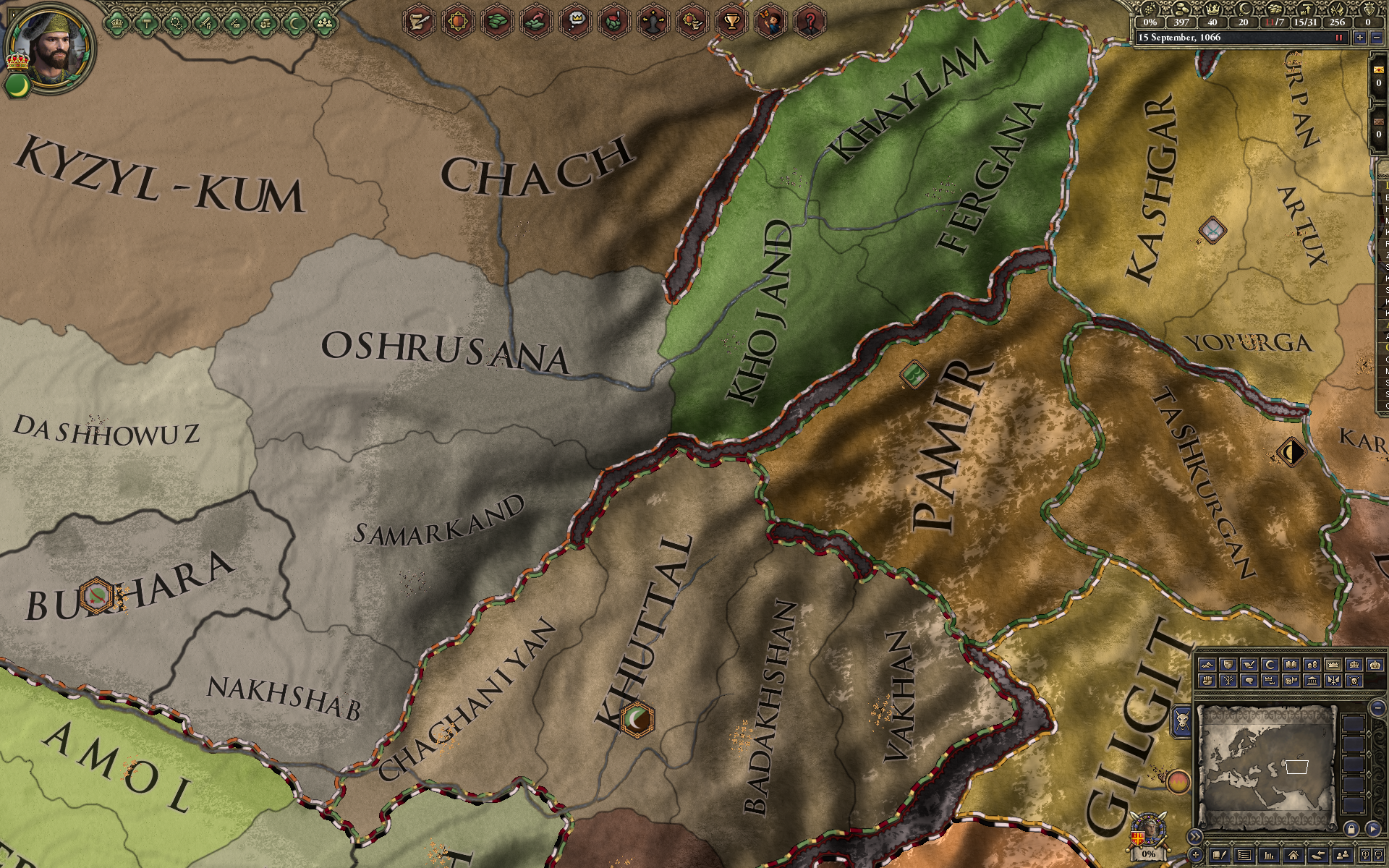 Several new counties have been added to Yemen, which consists of the duchies Sanaa, Taizz and Hadramut. 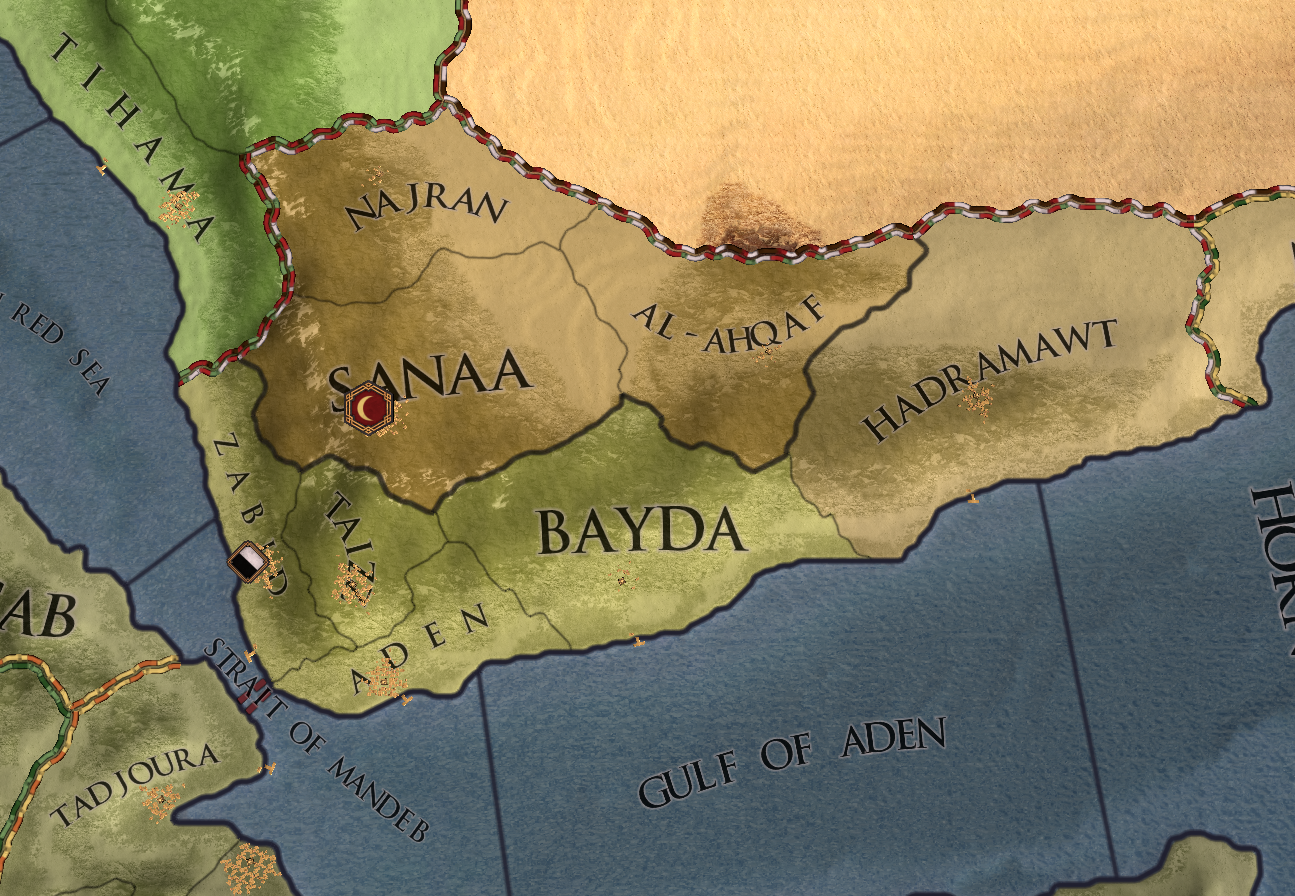 The duchy of Medina is renamed to Hijaz and got three new coastal counties added, making the duchy consist of six counties in total. 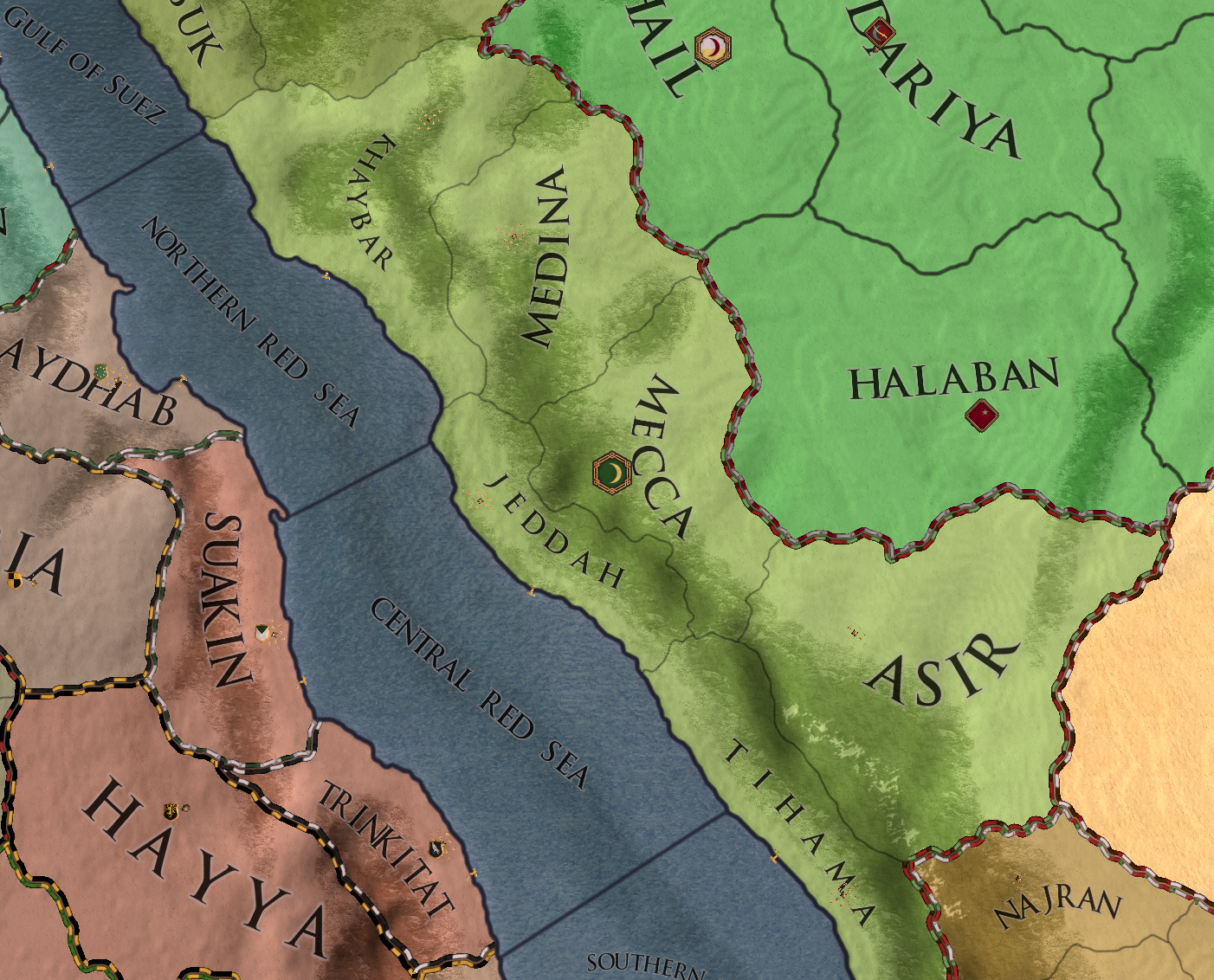 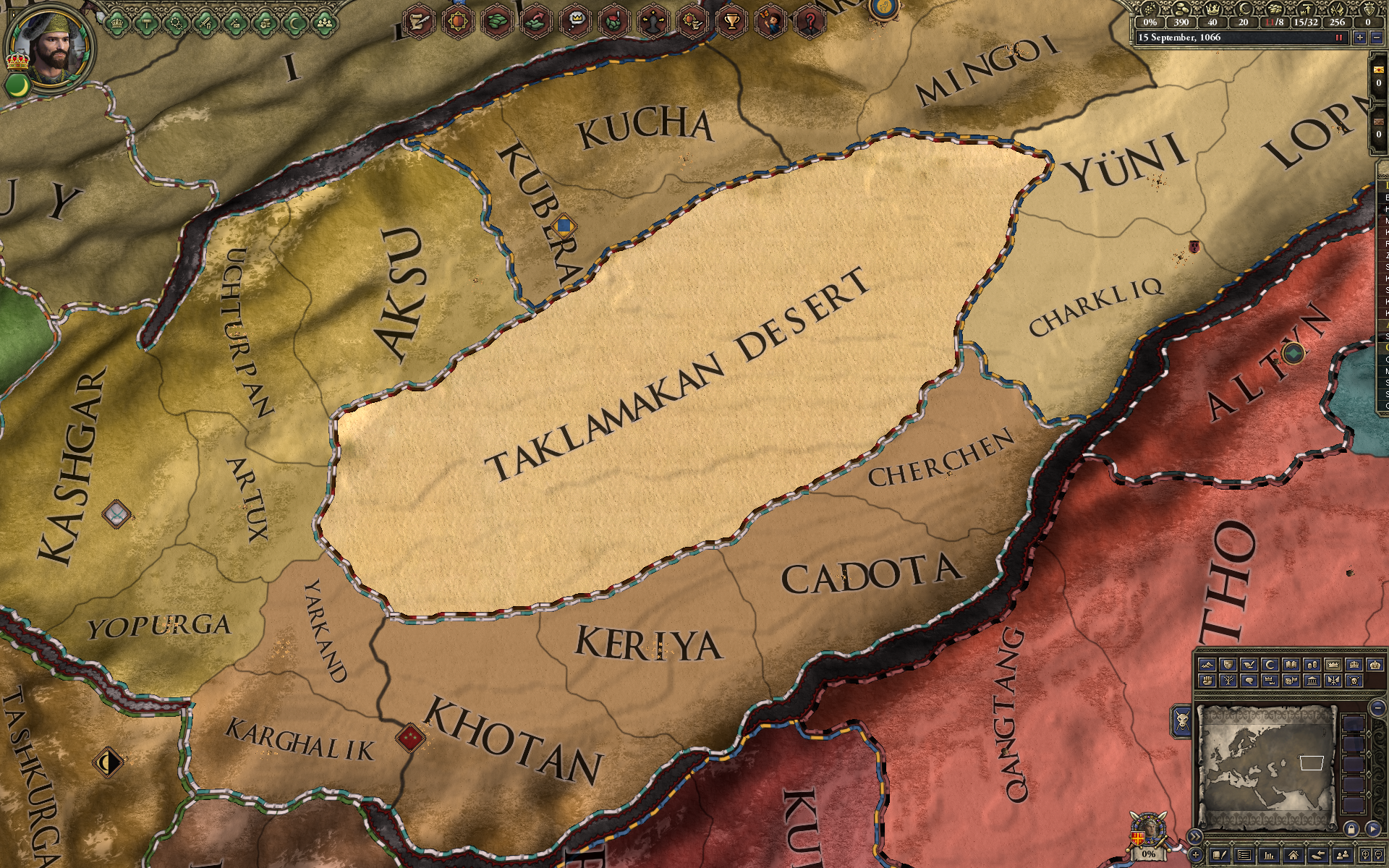 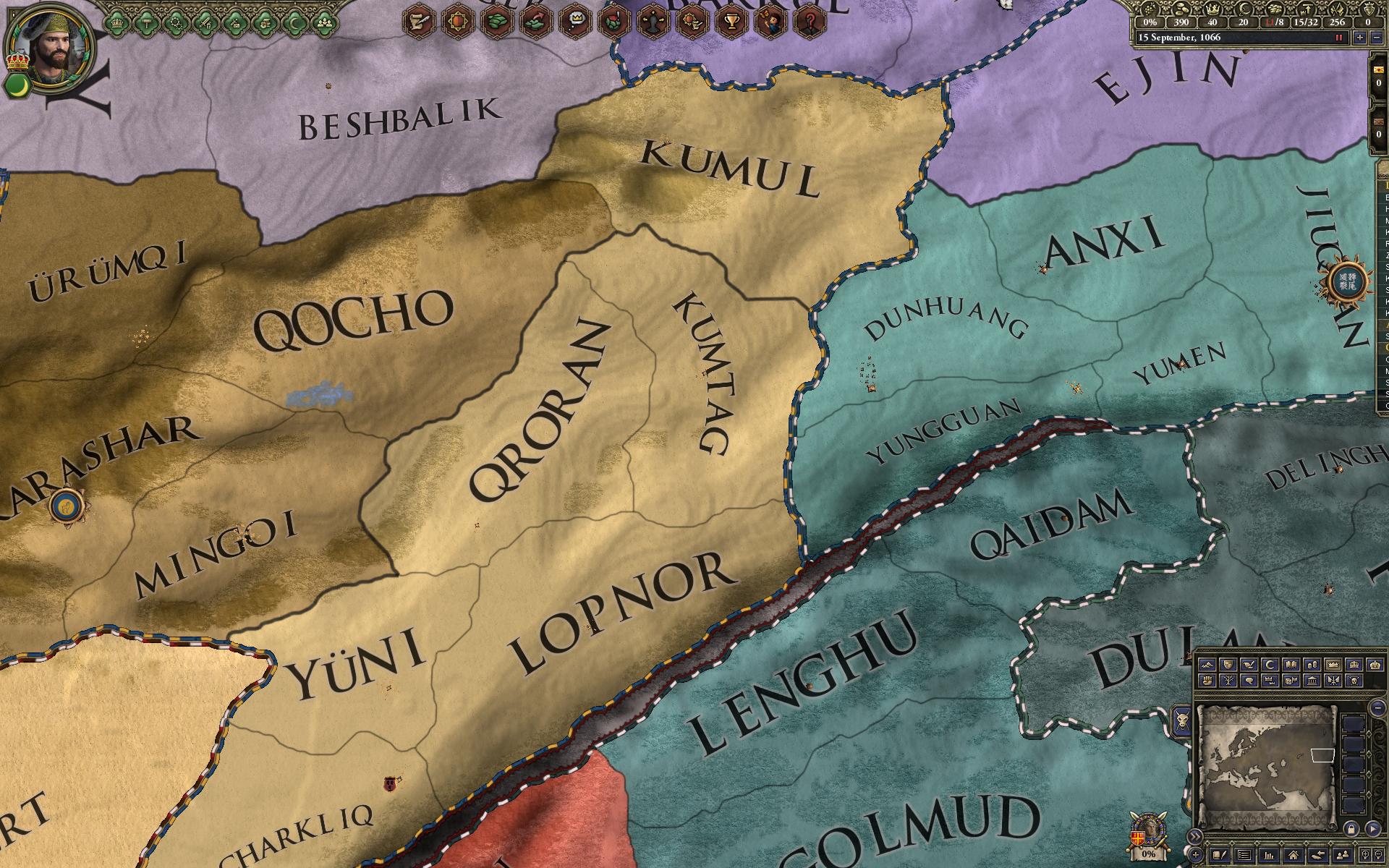 That’s some of the biggest changes that you’ll see on the map which is, as always for map updates, a part of the free 2.8 patch. Bear in mind that it’s still a bit of a work in progress. Some counties are likely to get another set of name changes and other tweaks.

Finally, I would like to give a shout out to @elvain, who helped me with a lot of research. Making this update possible to do to such an extent.

Don’t forget to tune into the Medieval Monday streams 16:00-18:00 (CEST)! During which you can poke me if you want to see a specific region or have any other questions.

first. also give us a release date already please T_T

Great changes! Also makes me hopeful other suggestions of @elvain will get implemented someday, I'm looking at Africa here!
Toggle signature
How to buy Victoria 3 with buckets of ducats (or: how much is Paradox worth in old golden coins).

We need also rework in Africa.

Will you revise the Rus counties as well? They are definitely not of the prettiest shape and size
Toggle signature
Ukrainian Lands at the 16-18th Centuries Maps
[EU4] Multiplayer Rebalance Mod (MPR by ZP) [SteamWorkshop] - a mod designed for MP fans by an MP fan

Are the Chinese and Taoists going to get their own UI and holding art or are they going to stay Indian nomad rejects? Still Yungguan? How long does it take to fix a typo?

And I hope we don't witness the situation of "County of Dailam" and "Kingdom of Daylam".
Toggle signature
CK2 Cultures Reborn, a CK3 mod (OUTDATED)
Do you miss Arberian, Carantanian, Coptic, Crimean Gothic, and Dalmatian from CK2?
You can now find them here, complete with all the characters, name list, and cultural names.
You can also integrate this mod into your mod projects. Instructions can be found in the post.

Why can't you add Issyk-Kul lake? It is one of the biggest mountain lakes in Central Asia.
It definitely should be on map.

Thank God! I've hared how Mesopotamia has looked since day 1! That hatred was the main reason I rarely pulled a Trajan as the Byzantines after the early days. Just too ugly.

Awesome! So maybe for 2.9 we will see Sahel Kingdoms in Africa?

Great work! Any plans to add the Thar desert in India?

Caeserion said:
I also wanted to know which dejure empires Kashmir and Nepal are a part of, India/Rajasthan/Tibet?
Click to expand... De jure map of Tibet, including the new Tibetan Empire and the kingdoms and duchies that comprise it.
Click to expand...

Toggle signature
CK2 Cultures Reborn, a CK3 mod (OUTDATED)
Do you miss Arberian, Carantanian, Coptic, Crimean Gothic, and Dalmatian from CK2?
You can now find them here, complete with all the characters, name list, and cultural names.
You can also integrate this mod into your mod projects. Instructions can be found in the post.

I'm currently taking a course on the Silk Road and it's increased my interest in this DLC enormously, so seeing more provinces in the Tarim basin is actually meaningful to me. Can't wait to control all that trade and teach the Chinese a lesson or two! And Central Asia/the Middle East have needed restructuring for a while, seeing as a lot of it was apparently based on old Roman provinces and things, so that's nice to see as well.

Strangely I feel a 769 start is maybe the most interesting for the Silk Road because of the weird cultures in Central Asia (or maybe 867?) so maybe it'll make that start more fun.
Toggle signature
signatures are stupid and antiquated

With these awesome changes to the Middle East an overhaul to North Africa is now more due than ever.
I'm playing a Shia Morocco game and I weep every time I see Anti-Atlas' stretchy shape.

They are probably going to make next expansion about Africa, another sign that Paradox has abandoned Europe and are never going to improve crusades.