Jump to latest Follow Reply
Menu
Install the app
You are using an out of date browser. It may not display this or other websites correctly.
You should upgrade or use an alternative browser.
Crusader Kings II 69628 Bug Reports 19693 User Modifications 10526 Suggestions 5969 Tech Support 6340 After Action Reports
Previous dev diary Next dev diary
Show only dev responses

As you probably know by now we released our 3.1.1 patch yesterday. Hopefully those of you who have managed to try it are enjoying it, and those of you who haven’t will jump in this weekend. Let us know what you think about the court and tech changes, and as always if you run into any issues, please report them in the bug forum!

Now onto something new, there have been a few hints here and there about what we have been working on. However now we can officially announce that we will be releasing a new historical bookmark called: The Iron Century. The bookmark will start on the 7th of August 936, a previously unplayable date and our first in the 10th century. 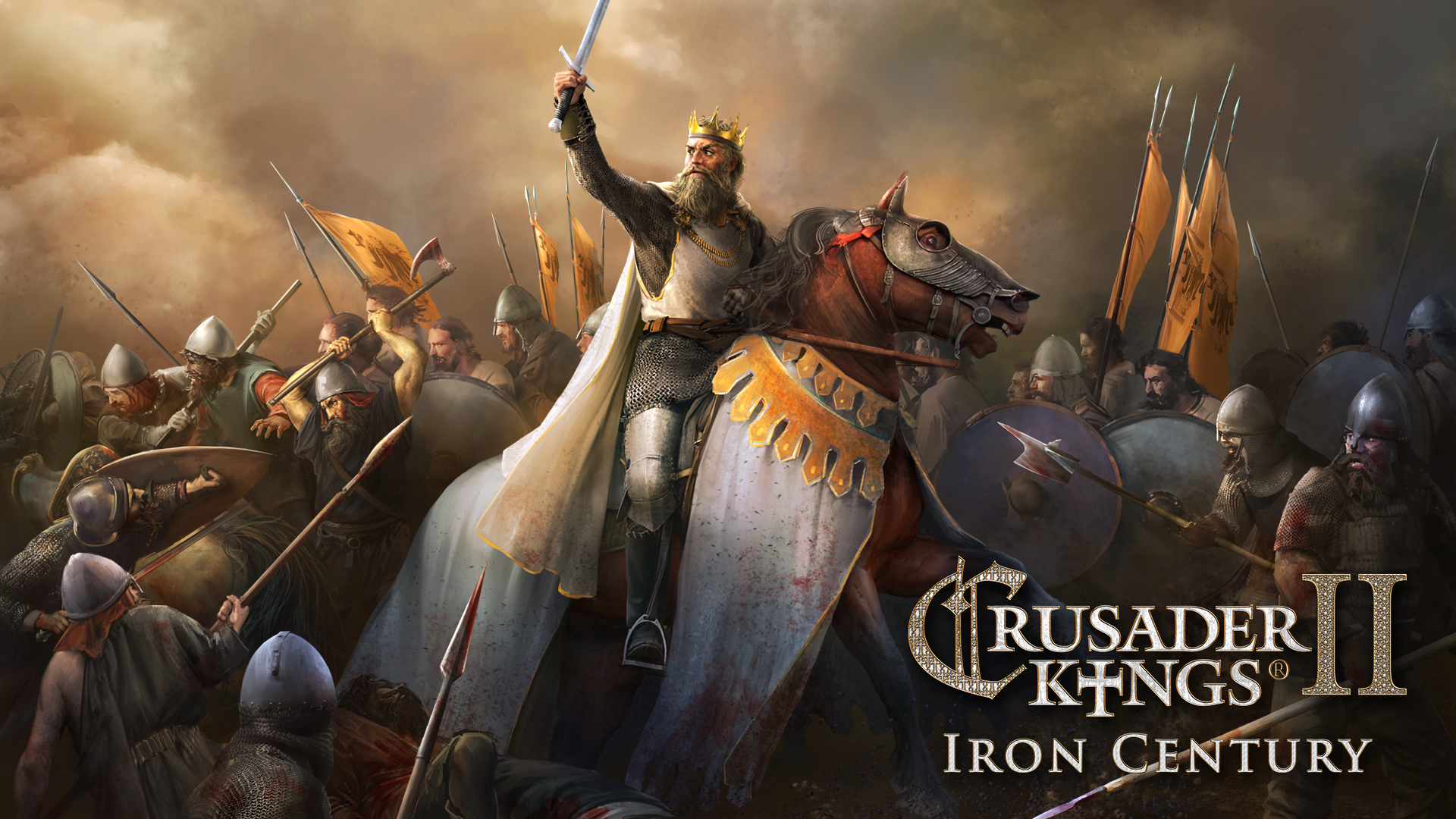 In Europe Otto marches on the path to an Empire, Rival Caliphs battle for control of the Muslim world and the last remnants of the vikings stir to the north. Hundreds of other characters have their own stories to tell. A thousand possibilities await in the Iron Century.

Next week we will do something special and have a new dev diary about the 936 bookmark every day from Monday to Friday to cover the setting of the medieval world in the 10th century. Also I want to make it clear that ‘The Iron Century’ update will be completely free.

A correction from last weeks dev diary is that the correct weekday of our Crusader Kings stream is Wednesdays 16:00 CEST and not the previously mentioned Thursdays.

Thanks for reading everyone!

Cool What's with all the free stuff? Not that I'm complaining, but it is a bit odd.
Toggle signature
Sit now there, and look out upon the lands where evil and despair shall come to those whom thou allied. Thou hast dared to mock me, and to question the power of France, master of the fates of Europe. Therefore with my explorers thou shalt see, and with my spies thou shalt hear; and never shall thou be released from vassalage until all is fulfilled unto its bitter end.

Do the suits in marketing know you're giving away so much free content? Did you just lie to them and tell them that CK2 has been discontinued?

Author of the mod Dark Ages for Crusader Kings 2 - More than 600 new events help to create more interesting and diverse stories experienced by the player, giving further options and objectives while playing the game.
Visit its thread in the mod forum:
DARK AGES - More Role Play and immersion in CK2

The year this bookmark represents had Romanos I Lekapenos and Constantine VII as co-emperors. Which one will hold the title in game? Technically Lekapenos was the senior historically, but Constantine is a pretty important emperor, and it'd be a shame to be unable to play as him. (Then again, IIRC, it's pretty hard to actually get the throne as Irene of Athens the way she did in the Charlie bookmark, so...)
Toggle signature
The game I'd love to play, if Paradox ever made it, (and a little extra detail).

Every single time there is a CK2 dev diary:

Seeing that the new start date is mostly when the real HRE was formed, are we going to see some changes on how it is formed and how it works internally? Thanks!

Otto will never be Emperor. This title will belong to William Longsword.

Cheers! The possibility that all characters between 936 and 1066 is playable has now increased a little!

The year this bookmark represents had Romanos I Lekapenos and Constantine VII as co-emperors. Which one will hold the title in game? Technically Lekapenos was the senior historically, but Constantine is a pretty important emperor, and it'd be a shame to be unable to play as him. (Then again, IIRC, it's pretty hard to actually get the throne as Irene of Athens the way she did in the Charlie bookmark, so...)
Click to expand...

Based on the current history file, the former.
Toggle signature
You must become king. Of everything. - From the Diagram, Tenets of Instruction, Back of the Footboard: paragraph 1

I'm glad that the decision to no longer have multiple bookmarks doesn't extend to CKII. It's the one Paradox game where I actually use them.

Also, I spot some guys from a famous painting of the Battle of Tours on the left of that picture...
Toggle signature
My mods:
Death or Dishonor: Generals -- Version XII, May 6th 2020

Who is the fellow in the drawing?

Thanks for the new start date. However this is your chance to fix the HRE regnal numbers for Charles Louis, and Lothair. Its pretty immersion breaking when you get Emperor Charles II in 1378.
Last edited: May 17, 2019
Toggle signature
Make Sure the Regnal Numbers are Historically Accurate in CK3
M

Rinewind said:
I'm glad that the decision to no longer have multiple bookmarks doesn't extend to CKII. It's the one Paradox game where I actually use them.
Click to expand...

Same for me.I'm also extremely glad for that.

This will be particularly fascinating for Iran, at the height of the Iranian Intermezzo, because the brief rule of the Zoroastrian Ziyarids will still cover much of the country; probably the most viable Zoroastrian start for anyone. It also is just after the start of the Buyid dynasty, the Daylamite Shi'is who attempted to claimthe title of Shahanshah and who were the last major dynasty before the Seljuk invasion in Western Iran. In Khorasan, meanwhile, the Samanids are at their height, the dynasty which did so much to restore the prestige and use of the Persian language after two centuries of Arabic's literary dominance.

I'm looking forward to this one a lot .

EDIT: Ah, it appears that a Sunni Muslim had ascended the Ziyarid throne in 935, so sorry Zoroastrian fans, it's one year out but there will hopefully be plenty of Zoroastrian sub-rulers in the Ziyarid realm.

EDIT 2: But wait! As Damarrocarion has helpfully pointed out, Snow Crystal has said that there will be a "special decision for his legacy", so Zoro Ziyarids may indeed be possible: https://forum.paradoxplaza.com/foru...123-iron-century.1178442/page-9#post-25468239
Last edited: May 17, 2019

mag_zbc said:
Who is the fellow in the drawing?
Click to expand...